0
0
Health
Traditional Chinese Medicine (TCM) uses Yin and Yang (pronounce yang rhyming with gong) and the body’s meridians as the primary foundations for diagnosis and treatment.  According to this article on SacredLotus.com, all phenomena can be reduced to Yin-Yang and the earliest mention of it was in the I Ching in 700 BCE.
Yin and Yang relate to specific parts of the human body and every treatment modality aims to either Tonify the Yin or Yang and/or Disperse excess Yin or Yang. In TCM, there are six pathogenic factors.
Yin                          Yang

—-                         Wind
Cold                       Heat
Dampness           Dryness
—-                         Summerheat
I visit an acupuncturist and he is a great believer in TCM, using the flow of Qi along the meridians of the body and specially mixed herbal remedies to increase and/or decrease the Yin and Yang in my body.  Now, I don’t purport to know what any of that means, but I do know that it has helped me a great deal over the last few years.
When I first visited Dave Kaplan at Colorado Acupuncture Studio, I was in bad shape.  I was overweight and in a lot of knee pain.  I was starting to walk and be more active, but stairs (up and down) hurt me.  I’d go through periods of activity and then periods of pain and I was at a loss because my family doctor was less than helpful.  I found a Groupon for acupuncture and I decided, what the hell?  Traditional western medicine wasn’t doing me any good.  It was time to try something different. 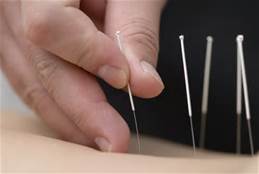 My first visit I was nervous.  I talked with Dave about my pain and my general health and history and he put pins in me.  As I lay there, I could feel the pain jumping in my body.  It was as if the acupuncture needles were forcing my muscles to rethink their state of unrest.  It was a new experience for me.  Never had something as small as a well-placed needle made such a difference inside my body.  It took multiple treatments (eight, I think) and a switch in pain centers (I had been putting strain on my knee protecting the muscles of my back, instead of letting the back muscles do their job) but I was able to climb stairs pain free and began a walking regimen that allowed me to lose weight and become a healthier person.
I still visit Dave on a semi-regular basis for “adjustments”, be they physical or even emotional adjustments.
Like I said, I have no idea how TCM and the Yin and Yang connection works, but that doesn’t change the fact that it has worked for me and I have come to trust in the process.  It’s hard not to, when you realize that the theories and practice have been around for thousands of years.
Share 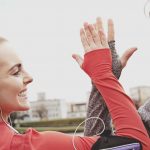