Spending and your child: The effect of advertising on our youth

Mind KEY / Currency  / Spending and your child: The effect of advertising on our youth 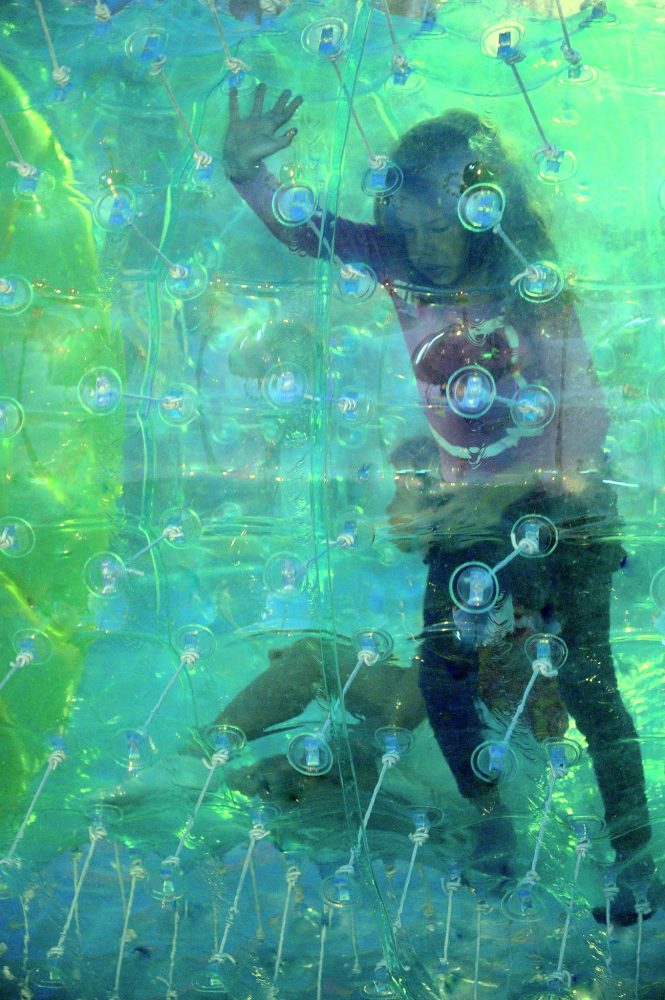 Spending and your child: The effect of advertising on our youth

“I want, I want, I want.”  Every parent has heard these words ad nauseum. They’ve also heard how and why everything their children have seen on the television or via Youtube is something that they should own. Once children own the item they were yearning for, they usually lose interest in it, and move on to the next thing that they want. What role does advertising play in this dance, and are children more susceptible to advertising than adults Parents want to know how to avoid spending money on things kids only think they want while finding a better kind of currency to help children grow into happier, healthier adults.

Research concluded that children who are eight years old or younger as especially vulnerable to advertising because they do not have the ability to determine if the product is good for them or not, and they are not able to process the possible long-term health consequences. In a survey studying media use by children published in the U.S. National Library of Medicine National Institutes of Health, researchers found that 53.4% of children aged two years and younger watched 0 to 2 hours of television every day, on average, and that 62.7% children co-viewed television programming with their parents for 0 to 2 hours daily. In addition, the study found that 89.2% of adults believed that the internet was crucial for their child’s development and that 71.2% of children owned an iPad/tablet. . With so much exposure to media and technology, children are bound to be exposed to advertising geared towards them and for them.

Since the explosion of internet-dependency and the age of technology, protecting children from certain material or from being influenced by advertising has become a larger challenge. Even if children do not have access to a television or technology in their home, they can find access in other ways, such as school or through friends. Sometimes, these outside influences can alter a child’s behavior no matter how hard a parent tries to limit them.

Is it advertising, or is it your regularly scheduled program? 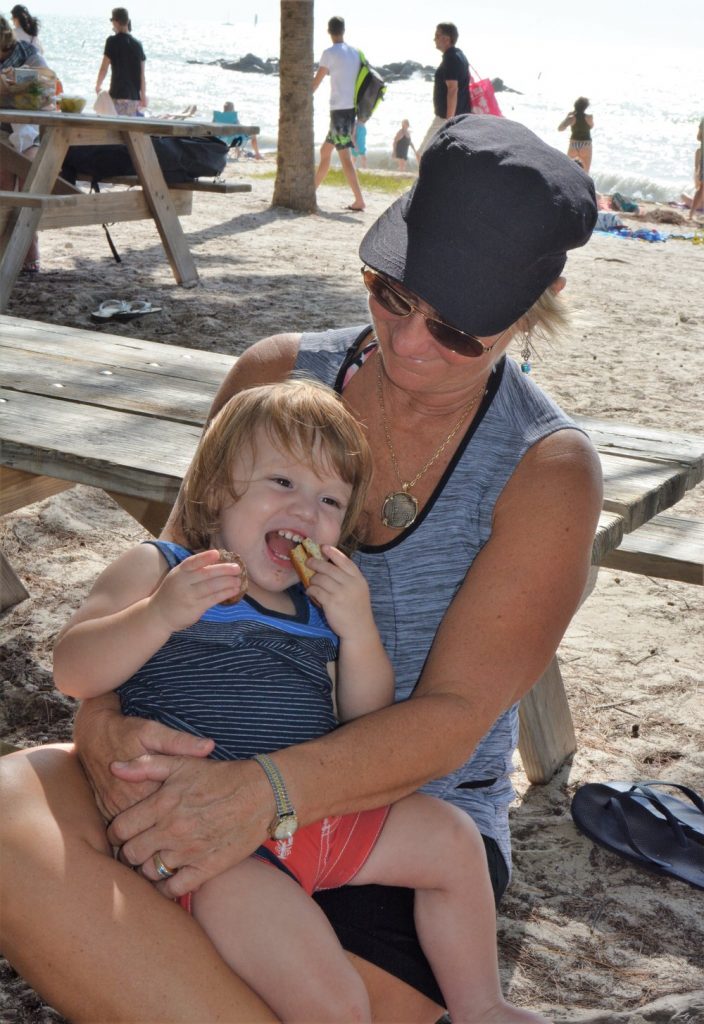 Children believe that what they see is reality. Particularly, young children have no understanding of the concept of persuasion. As reported in the Handbook of Children and the Media by Dorothy G. Singer and Jerome J. Singer, children cannot comprehend that advertising is meant to be persuasive. They don’t always understand the difference between advertising and the television program that they’re watching.

Advertising affects children differently than it does adults because of the way that a child’s brain develops. According to the American Psychological Association (APA), children under the age of 8 years old do not have the cognitive ability to understand persuasion. These children are the most vulnerable to targeted marketing. Child-targeted marketing can be especially persuasive because children cannot yet identify or understand persuasive intent.

A task force, supported by the APA’s Council of Representatives, was assigned to research the impact of advertising towards young children and  found that “after just one exposure to a commercial, children can recall the ad’s content and have a desire for the product.”

Chair of the tax force, Brian Wilcox, states that a child’s behavior or wants may even be influenced by the persuasive nature of advertisements on television. Due to this research, it is possible that advertisements toward children can change how they view or believe the world around them to be. For example, if an unhealthy cereal brand claims that their product can give children magical powers, children will likely believe that it will truly give them magical powers. Most children have the misunderstanding that all advertisements they see are fair, honest, and accurate.

Obesity and relationship with food

Food advertising towards children had been claimed as one of the reasons for the increase in childhood obesity. Statistics from the American Psychological Association state that rates of preschool obesity are on the rise, and that 20% of children today are overweight.

The American Psychological Association claims that food advertising towards children has had great impacts on these statistics. In XYZ they state that children who are exposed to television advertisements featuring unhealthy foods are at a significant risk for being or becoming obese. Although brands who market towards children have promised to regulate their ads to improve the lives of children and lower the risk of obesity, three out of four food advertisements feature unhealthy foods. The APA recommends keeping children physically active, limiting excessive time on the web and watching television, and encouraging healthier habits of eating as a way to mitigate the effects of advertising on their overall health.

Imagine a world without super-skinny models that don’t define a feminine norm. Imagine if everywhere we turned there wasn’t something vying for our attention, for our money, asking us to spend more so we can be more beautiful?

Now, imagine our children growing up in a world—our world—where all of this does exist.  What is the result of this continual bombardment with unrealistic expressions of beauty?  Although an advertisement in itself, this video is an incredibly powerful reminder of what we see on a daily basis, and how that affects the burgeoning mind of a child just beginning to understand her place in the world.

The future of media and advertising

Responsible advertising / What parents and others can do

According to Carolyn Peguero Spencer, a Butler-based psychologist who was interviewed for an article in NorthJersey.com, telling a child not to do something in a negative tone is not as effective as addressing a child with positive feedback that “you’d prefer they do something differently.” As a result, flat out telling a child no to advertising may actually make them want it more.

Since the American Psychological Association reports that over 400,000 children spent over 60 minutes per month being exposed to branded content, it is impossible for parents to completely protect their children from all child-targeted marketing.  However, that does not make impossible to limit some of the persuasive material. Research has concluded that children who are eight years old or younger as especially vulnerable to advertising because they do not have the ability to determine if the product is good for them or not, and they are not able to process the possible long-term health consequences. The most powerful  thing stopping these children from giving in and buying advertised products is their parents.

Although companies marketing to young children without any restrictions may make parents afraid to let their children watch television or roam the internet, advocacy groups are hoping to change the future of the media and advertising. According to a 2013 article published in the Journal of Public Health Policy the International Obesity Task Force (IOTF) is hoping to bring regulations to the realm of marketing towards children. They proposed international standards which define the term “child,” present foods that should not be advertised towards children, and urge that a group be held responsible and accountable for keeping up with these regulations by monitoring companies and their marketing towards children. Groups in many countries are fighting for regulations for marketers and companies, and if they are successful, parents will not have to worry as much about what unhealthy habits their children are being exposed to.

RaisingChildren, an Australian parenting website, lists ways of spotting advertising strategies that are clearly targeted towards children. They state that there are ten tactics that advertisers use that real children into their product: The bribe, the game, the big promise, the famous person, the cartoon, special effects, the repeated song or showing of product, the catchy music, the joke, and the interesting story that advertisers try to sell. To understand more about these individual tactics that strategists use to make children want their products, read more about their information on advertising to children. 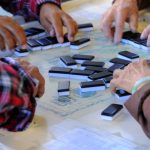 Abundance: There’s enough for everyone 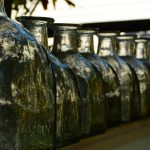 Getting control of your finances – Practical Tips