Think back to ninth grade when you found yourself sitting alone at lunch or in class– we all know this has happened to everyone at some point. You then hear two strangers having a conversation about “Jersey Shore,” a show you happen to enjoy as well. While some people may have the courage to go up to these two strangers and converse, it doesn’t come as easily for you, and you may miss out on those conversations every day, for the next four years.

Don’t get me wrong– I didn’t absolutely despise my high school experience; I actually credit that experience for making me into the person I am today. It can be scary spending five days a week, eight hours a day with the same group of people for four years. No matter what, you’re going to run into these people, whether it’s in the hallway, at lunch, or in town after school. These people can either bring you joy or make you miserable. If it ends up being the latter, you could be in for a shitty four years, but it doesn’t have to be that way. High school doesn’t have to be the best experience of your life, but you can still find ways to get through it. For many high school students, however, an obstacle getting in their way could be the bullies.

According to Pacer’s National Bullying Resource Center, in 2015, one out of four students report being bullied during the school year. Why is this? Bullying is still a prominent problem, despite all the of anti-bullying programs that have been integrated into schools. According to the United States Department of Education’s National Center for Education Statistics, the rate of bullying among teenagers has dropped by 6% in the last decade. We have organizations such as the New Jersey Coalition for Bullying Awareness and Prevention, an organization that works to help counteract bullying by promoting awareness of bullying and methods on how to face it, that has been a factor in the decreased bullying rates. Nonetheless, bullying remains a problem in the United States, especially in high school.

Those people you run into on a consistent basis for four years might not be the nicest people you meet. Many students feel as if they need to fit in somewhere so that they are not ridiculed for being alone or having no friends.

According to Bullying Statistics, an organization for anti-bullying help, facts, and more, one of the reasons people bully is because they want attention; people react to negative behaviors more than to positive behaviors. Stress is also an important factor, as a study by Ditch The Label showed that bullies do not know how to positively react to stress, therefore making negative actions their outlet. (Ditch The Label) It’s a vicious cycle.

“I didn’t like high school because I felt like people were very cliquey,” a college student named Brianna says. “If you didn’t fit in with anyone, then you basically were left out.”

This is true with high schools in general; people long to fit in. This goes back to the bullies and how people don’t want to be ridiculed for being alone.

“Focus on high school as an experience for yourself,” Brianna suggests. “Be a leader so that you won’t have as much pressure to follow.”

You can give yourself so much more freedom if you do what you want to do and not what others would want you to. If you’re considering wearing a shirt that has your favorite TV show on it, just wear the darn thing. No matter what people think about your shirt, wearing it shows that you are comfortable in your own skin. The people who would take the time to ridicule you about it obviously aren’t comfortable in their own skin, so there’s no need to worry about them. When you realize you have that ability, other people’s opinions begin to lose importance. It’d be better to go through four years of school truly being yourself rather than trying to appease others. People will judge you no matter what, so what’s the point?

A system of support

If you feel as if you cannot shake your bullies, there are many actions that have been taken to prevent bullying. The Anti-Bullying Bill of Rights Act was signed a few years ago by Governor Chris Christie, requiring school districts to report twice a year on any sort of bullying that occurred within their district to both the public and the Department of Education. This act also requires school teachers to complete two hours of instruction on bullying prevention in each professional period, and principals to appoint an anti-bullying specialist in each school.  Students and parents alike should be aware that these systems of support exist.

It’s vital not to let bullies get the best of you during high school. Those four years should not be miserable for you; they don’t have to be the best four years of your life, but you have the golden opportunity to make the most of it. Bullying affects millions of students in this country, so don’t be ashamed to speak to someone about it. Don’t ever let the bullies get the best of you.

Enjoy Life— Don’t Cling to it or Push it Away 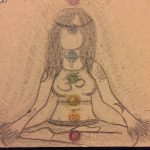 The Balance and Release of Sexual Energy