Nature Deficit Disorder—Could You Be a Victim?

Mind KEY / Energy  / Nature Deficit Disorder—Could You Be a Victim? 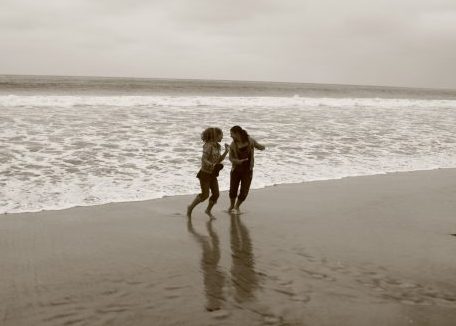 Nature Deficit Disorder—Could You Be a Victim?

Could you be a victim of Nature Deficit Disorder? Are you spending more time inside in front of the television/computer screen instead of enjoying the green scenery of nature? Are you noticing a sense of hostility and change in behavior throughout the day? If your answers are yes, you may be suffering from Nature Deficit Disorder.

What is Nature Deficit Disorder?

Nature Deficit Disorder (NDD) is not something characterized in the Diagnostic and Statistical Manual of Mental Disorders (DSM). Although not included in this book used by psychiatrists and psychologists to diagnose and treat mental illnesses, NDD is something very real.

Richard Louv, an American author and founder and chairperson of the Children and Nature Network, and co-chair of Canada’s Child in Nature Alliance, works with these organizations to connect people (adults and children) to the outside world and environment around them.

In his article titled “No More Nature-Deficit Disorder: The ‘No Child Left Inside’ Movement,” Louv discusses why and how he coined this term.

“Nature-deficit disorder is not a formal diagnosis, but a way to describe the psychological, physical and cognitive costs of human alienation from nature, particularly for children in their vulnerable developing years,” he said.

Louv said that as technology rapidly advances, both children and adults are spending more in front of screens. In his book, The Nature Principle, Louv educates his audience on how to combat Nature Deficit Disorder by being outdoors.

When children and adults spend too much time indoors, Louv found heightened behavior and emotional problems. Those who find balance between the natural world and the technological world will go much farther in life than those who don’t, Louv said. They will also be more happy overall than their peers.

The benefits of being outdoors

Mind Key discusses the benefit the outdoors has in a July 2016 article on healing childhood disorders through exposure to the outdoors.

In a 2012 study on environment and behavior, authors John Zelenski and Elizabeth Nisbet reviewed individual studies that addressed the problem of human connectedness with their community and the environment around them to discover if it was related to their overall happiness. These studies found that participants showed a heightened sense of happiness and overall well-being after spending time outside.

The review also found that connectedness in nature “remained a significant distinct predictor of many happiness indicators . . . Results support the notion that nature relatedness could be a path to human happiness and environmental sustainability”

Many people discount the importance of spending time outdoors. Therefore, they do so only occasionally, and only when the time and weather are right. This study proves that to find balance and happiness, a daily dose of outdoors might be just what you need.

Through exposure of the outdoors, you not only elicit your own happiness but you become a well-rounded individual. In The Nature Principle, Louv discusses that as the world is becoming more technologically savvy and advanced. Therefore, exposure to nature becomes necessary to create a balance between technology and the outdoors.

“The future will belong to the nature-smart—those individuals, families, businesses, and political leaders who develop a deeper understanding of the transformative power of the natural world and who balance the virtual with the real,” Louv said. “The more high-tech we become, the more nature we need.”

Nature Deficit Disorder changes the balance in your brain and causes your brain not to elicit serotonin, the happiness hormone. Without serotonin, your happiness will dwindle and you will suffer cognitive and emotional problems. It is important to take in the scenery of the great outdoors in order to lead a well-balanced life. 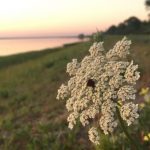 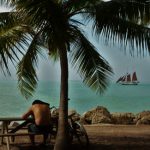 Can’t Afford a Vacation? Self renew with shamanism