Is intention enough to heal? 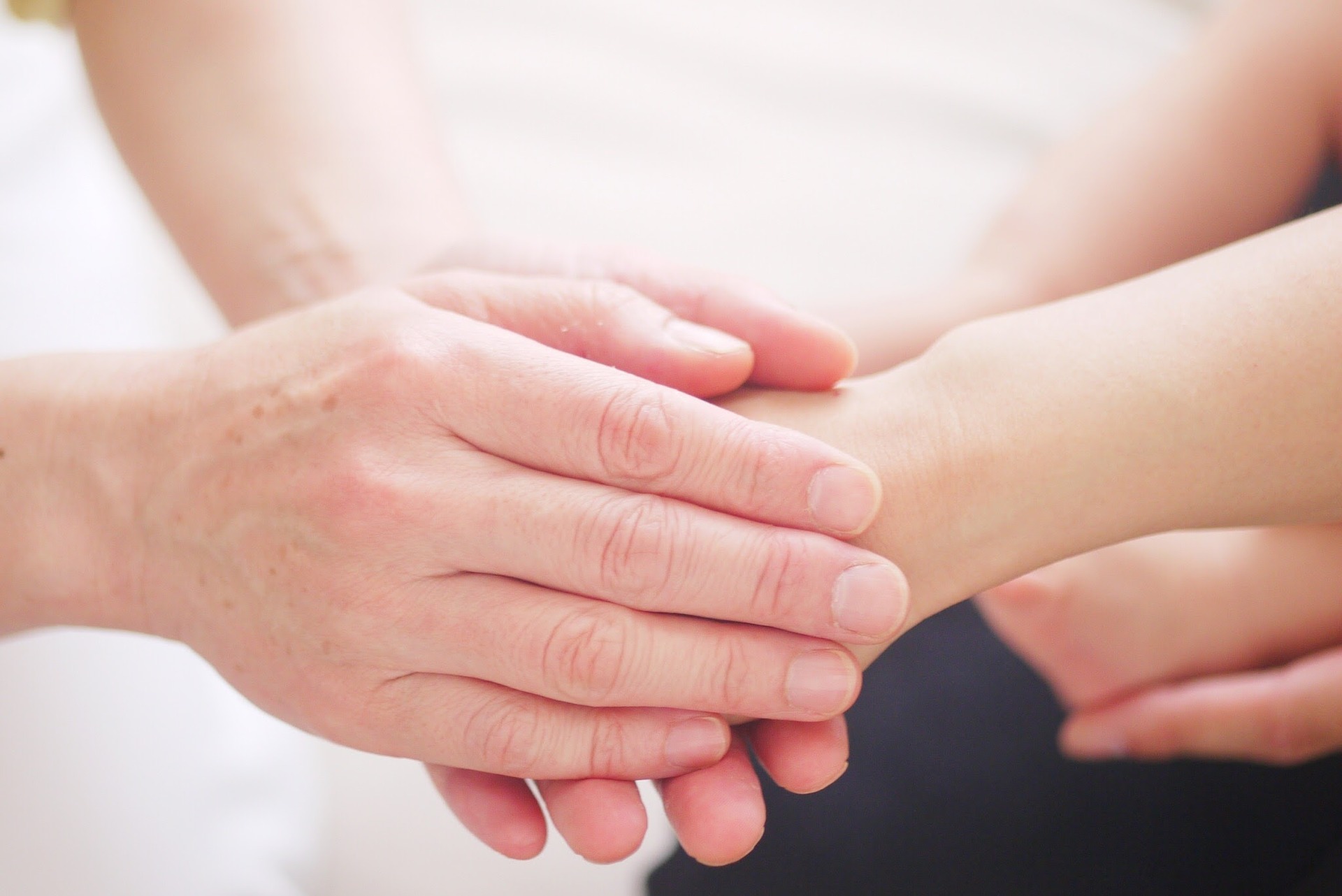 Is intention enough to heal?

Some time ago, I stumbled across a website called the Healer’s Bible, which speaks in part to therapeutic intention. This website me to an abstract of the 2000 research article by William F. Bengston and David Krinsley, The Effect of the “Laying on of Hands” on Transplanted Breast Cancer in Mice. This idea of laying on of hands brings the vibration of therapeutic intention into a physical expression.

It’s a great article and I encourage you to read it, but if you don’t, just know this: it cited an 87.9% cure rate for cancer in the mice who received laying on of hands. If that’s true, what could it mean for humans?

Untreated control group mice went into remission. If anyone who knew the healing techniques even came into a room where the control mice were housed, the mice went into the process of remission, a process Bengston describes as quite annoying because it threw off the results. Â He likened it to Einstein, who famously described “spooky action at a distance,” but only on a microscopic level. My blog on energy describes the double-slit experiment for a brief example of Einstein’s now iconic phrase “spooky action at a distance.”

After much resistance, modern medicine has finally recognized that placebos do work, even if the mechanism is still a mystery.  Placebo-controlled trials often end up mimicking the effects of the real drug in the control groups that only get placebo. Dr. Bengston thinks experimental and control groups aren’t as independent as we once thought. Perhaps a treatment given to one group is also a treatment given to all groups.

Where to go from here

Bengston subsequently found out that after the experiment, some cells from the cured mice were taken without his knowledge and transplanted to fully infected mice just to see what would happen. The transplanted cells seem to have cured the fully infected mice. This suggests we might have the potential for either a literal or metaphorical vaccine that could reproduce the healing without the healer. Is there an immunologist who would be willing to take on this work?

I consider myself a lightworker dedicated to the healing of people who come to see me.  I study new techniques. I have developed a few of my own and I am serious about improving my healing skills. Now it seems that belief and skill may not have any impact on the vibrational healing that takes place with the laying on of hands.  Anybody can do it. A mother’s cradling of a sick baby may be as effective as all the medicines in the world.

What does all this mean for me and you?

For me, all of this information means no matter what method I use, I can effect change, so I am rethinking the rigorous application of form over substance.  Do the reiki symbols mean as much as I have been led to believe?  Do the crystals I use really matter? I’ll continue my methods knowing that simply by performing the act, I’ll do good things and perhaps the ritual is as important as a placebo.  There are “healers” from whom I would never receive a healing.  My skin crawls knowing what negativity lurks within them and I am suspect of any good they say they do for people and shocked by any positive results.  But maybe it doesn’t matter.  Bad people can do good things for clients as long as the clients believe–maybe even if they don’t.

For the world, it means that doctors, nurses and even candy stripers should be taught the concept of “Therapeutic Touch” or as it has now morphed into “Therapeutic Intention”, a therapy that does not require contact, only intention, and seeks a specific endpoint, e.g., tumor shrinkage and prolongation of life, an improved quality of life. Any hospital’s Neonatal Intensive Care Unit (NICU) or nursery can become a place where seniors and other citizens can go to comfort addicted babies or hold premature babies when parents are not available.

Nursing homes can team up with high school students, daycare centers or other interested people to produce therapeutic environments. This site gives many great senior opportunity projects that retirees can become involved in in order to improve the health and wellbeing of those around them.

The future of therapeutic intention

In the article, Therapeutic Intention: Into the Next Generation, Stephan A. Schwartz described an experiment that indicated there is no effect of distance or even time in Therapeutic Intention. That’s right, you can affect results from great distances and even retroactively. This made my head spin; I had to read the experiment’s parameters several times to let it sink in.

Schwartz is the editor of the daily web publication The Schwartz Report, which concentrates on trends that will shape the future, an area of research he has been working in since the mid-1960s.  He cites a British Medical Journal article describing an experiment by L. Leibovici wherein 3393 adult patients, each of whom had suffered from a serious bloodstream infection four to ten years earlier (between 1990 and 1996), were randomly assigned to one of two groups: a control group and the intervention group, which would be treated with “a remote, retroactive intercessory prayer…said for the well-being and full recovery of the intervention group.” All patients were long out of the hospital or dead.

From the results Leibovici concluded, “Remote, retroactive intercessory prayer said for a group is associated with a shorter stay in hospital and shorter duration of fever in patients with a bloodstream infection and should be considered for use in clinical practice.”

I tried to wrap my mind around the concept that by praying for or healing an earlier me or a client at a younger age, I can affect the present for the better. It has been drilled into me that Reiki healing knows no time or distance. Have I finally figured out what that truly means? Wow , I can say a prayer for my great Aunt Edith now, that may lessen the pain she endured before she passed. I repeat to my clients what Reiki, as other healing therapies, teaches: there is no time or distance in healing.  Do experiments like this bear out that teaching?  I’ve had an experience myself that may bear this out when I was doing energy work on a client’s left hip and leg.  I felt a warm liquid running over my hands as I placed them over her hip and ankle; this was accompanied by an electric shock.  After asking if she had ever injured the area, I surmised that I was working on an injury to be incurred in some future event.

Reading these articles came at a good time for me.  After a double hip replacement that left me still using a cane five months later, I needed to be impressed by the power of Therapeutic Intention and Laying on of Hands.  When my doctor, usually upbeat and optimistic, said I couldn’t expect to get back to 100%, I cringed inside. I want to be fully healed. Now I know it’s possible–that I or others, past, present and future, can and will pray for me.

I couldn’t sleep a few nights ago, so I got up around 3 a.m. and started watching a new TLC reality series called “The Healer.” Charlie, an unassuming and soft spoken Australian guy, is an energy healer working alongside medical doctors on cases where conventional treatment has not helped. Quietly, gently and energetically, he treats his clients, sometimes while the doctors watch.  Charlie always succeeds in some measure and in no time at all.  By his own admission, he is successful about 85% of the time. He does not charge for his services and seems dedicated to winning medical recognition for energy healing.

I have learned that Charlie’s great grandmother demonstrated a similar talent, though not as strong as his, and he must pace himself or risk physical harm to himself. He says he can’t heal himself, much like most energy healers acknowledge. He actually met one patient while getting medical treatment from his own doctor. He also has been asked by treating physicians observing him, if he could work on their own health issue.  I am so happy that Charlie is placing a spotlight on energy healing. As the studies mentioned and this blog demonstrates, this may be the next wave of medical intervention techniques–less invasive and more effective. 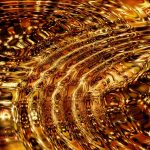 Learning the vibration of the chakra system 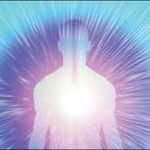 A channeled lesson on unifying and peaceful vibration