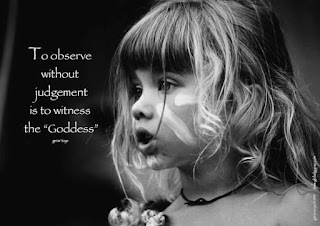 I was never a, “If you can’t see it, it isn’t there,” kind of person, but I wasn’t a dandelions-in-my-hair, tie-dyed spirit guide either. As previously mentioned in other blogs, I became jaded in regard to anything metaphysical after my husband of seven years dumped me for a fantasy – a pretty, blonde self-proclaimed medium who sold crystal skulls, bought married men element pendants, and met them for lunches at quaint New England bistros.

After my divorce, I worked my ass off and rarely slept in order to regain my independence. In two years I became self-sufficient, living in my own apartment, working two successful teaching jobs, and maintaining a healthy relationship. Still, something was amiss. Confidence, peace of mind, and healing were things that eluded me thanks to years of feeling inadequate and expandable. Then during my divorce party in the Spring of 2013, I reunited with a grad school classmate, and things wistfully started to change.
Upon my request via random and desperate text, Mind Key creator Danielle Rose introduced me to Brian Froud’s Faeries’ Oracle among other resources on faerie, goddesses, crystals, herbs, moon cycles, yoga, etc. To this day I remember sitting in her home office, filling a canvas bag with almost every book she owned. I was hooked.
Everything I read or researched made sense to me. At this point, I am not ashamed to say that I never received the same enlightenment from church. My parents, who are very born-again Christian, tried to steer me towards the Baptist church. Despite disapproval from the ones who put me on this Earth, I took a different road, and I have been on the down-low ever since, at least with my family. Nevertheless, I continue my journey. When I think I couldn’t be anymore moved by this spirituality, something else leaves me breathless.
I found a little metaphysical shoppe called Soul Journey while taking a different route home from work one day. It was there I discovered Laurie Sue Brockway’s The Goddess Pages, Patricia Monaghan’s The Goddess Path, the many works of Doreen Virtue, and so many other writers, poets, artists, healers, and spirits whose words continue to resonate with me – a secure but wavering being who needs to believe there is something more to existence than what I can see or touch.

Then I discovered Tara – the Hindu goddess of protection and compassion – and in doing so, I continued building a stronger connection to self. Sure, I was ecstatic to learn there was a strong, feminine deity with my name. But more importantly, Tara became a companion and symbol for my continuous soul journey – a journey that will hopefully lead me to the key to understanding my own mind, where my mind needs to be, and how my mind needs to protect my body.

According to Laurie Sue Brockway,“Om Tare tu Tare ture soha…essentially translates to: “Hail Tara…Her enlightenment and compassion protects me and liberates me from external fears and internal delusion…May I honor this in myself!”

And that, in essence, is Mind Key – finding that key that unlocks your mind to your truth. Follow the Green Tara Chronicles to learn more about this tumbled-rock covered road to self.

When you have the right pieces, you can heal yourself