0
0
Creativity, Health
Imagine a school where children choose their own lessons, and are motivated and enthusiastic to learn. Sounds like a parent’s fantastical utopia, doesn’t it? Sugata Mitra, founder of the Hole-in-the-Wall experiment and Minimally Invasive Education, doesn’t think so.  He discovered that through the use of learning centers, children were able to learn and thrive on their own, without the input of teachers. Many untraditional schools such as some Montessori and Waldorf schools utilize this concept of child-driven learning, as do many homeschooling families.  Child-driven education is also the defining characteristic of unschooling.
Shelby Sheene, mother of three unschooled children in Tampa Bay, Florida, says, “Unschooling is a method that embraces the idea that children want to learn. It is basically learning through life and endless discussions, allowing the child to develop a thirst for knowledge instead of forcing them to conform to a single curriculum.”
John Holt, teacher and school reformer, introduced unschooling in the 1960’s.  Believing that children learn best by non-structured and no-pressure methods, he published Teach Your Own: The John Holt Book of Homeschooling in 1981.  Holt believed that customs and laws prevented children from learning in a friendlier, easier manner.  Identifying the traditional school structure as a restrictor of true learning and one that controls and defines, he encouraged many parents and teachers to choose a different educational approach.
Shelby shares an example of this natural approach to learning.  “If we want to study plants, we don’t open a text book.  We go on a nature walk and study the plants hands on. We feel them, describe them and even sketch or paint pictures of them.  Before you know it, your science class can turn into exercise, observational skills, and art class too. Unschooling is the belief that an experience will leave a far more lasting impression than any textbook could.”

Child driven learning can be a very powerful tool for traditionally schooled children as well, providing the child an opportunity to experience what he learned in school in an unconventional way. Traditional school parents, and those wanting to bridge from school to nontraditional schooling, can become more involved in their child’s learning by following some child-driven patterns, such as creative, hands-on activities.  Depending on the child’s needs, adjustments may need to be made.  If using a grammar exercise book is working for your child, then there are no rules stating it shouldn’t be.

Homeschool parent Jennifer Hegedus uses curriculums and textbooks to meet her children’s educational needs.   To enrich a section covered in a textbook, Jennifer believes in being creative.
She says, “If we chose to study a topic on the Pilgrims, then we might incorporate trying to cook foods they ate at that time, or try writing using a quill pen, or do a project on making a horn book.”
Connecting with other nontraditional educators is also important.  Jennifer and her children are part of a cooperative homeschool group that meets once a week.  Together, they plan field trips and organize learning activities together as a class type setting.

Essentially, why is child-driven learning so successful?  The focus lies in the child learning the way he or she sees fit.  Unlike schools’ cookie cutter approach, which is often essential when teaching in a classroom setting, alternatively schooled children don’t have to adhere to a strict curriculum.  School structure doesn’t always cater to the visual child or the strictly hands-on learner.

This is a concept well understood by Amy in Butler, NJ, whose daughter is homeschooled.
“We homeschool to teach according to the way [our daughter] learns,” she explains.  “That way we can assure she is keeping pace, and beginning to excel. Multiple, different methods are used.  For example, writing in shaving cream, bouncing on a yoga ball while spelling a new word, sensory breaks to focus, etc.”

Non traditional education can be very successful when parents are communicative and supportive.  Although many parents believe unschooling is a hands off approach, it is actually the opposite.

“In my opinion unschooling is extremely hands on and although it comes naturally as a mother, it is a constant process,” says Shelby.
Like everything else, non-traditional education takes practice, but it can alleviate the stress and rigidity promoted by traditional schools.  For more resources and to learn more about unschooling, homeschooling, and self-directed learning, visit http://www.johnholtgws.com.
Share

Cabin Fever As An Entrepreneur 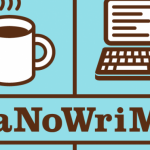