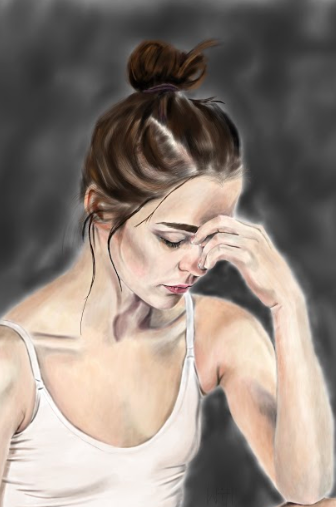 Everywhere you turn, there is a new cannabis study in the news, but did you know that recent cannabis studies substantiate scientific claims that various forms of cannabis are useful in overcoming addiction?

When the Marihuana Tax Act of 1937 was implemented, doctors and pharmacists had already been prescribing cannabis to patients—particularly those addicted to opioids. Since then, marijuana has been reclassified by the DEA as a Schedule I substance. This classification indicates no known medical usage, and places marijuana it in the same category as ecstasy and heroin, the very drugs it was originally used to help alleviate addictions from.

The US opioid problem

According to a recent press release from the Department of Health and Human Services (HHS), “Each day, according to the Centers for Disease Control and Prevention, more than 140 Americans die from drug overdoses, 91 specifically due to opioids.”

According to HHS, these numbers are not coming from heroin addiction (mostly), but from prescription drugs. Many people are prescribed opioids for pain. When they can’t function without the drug, the reliance turns into addiction.  In a 2013 study published in the Journal of Pain, when opioids are prescribed for chronic pain or personalized medical use, patients were more likely to become addicted than they were to benefit from the prescribed drug.

Depending on the state in which you reside, cannabis may be prescribed by a doctor if they are aware it can be used as an alternative medication. In a talk given by Dr. Dustin Sulak in Portland, Maine, and published by Project CBD, Dr. Sulak claims that he does prescribe cannabis alongside opioids to make opioid usage safer, and prevent the buildup of opioid tolerance. 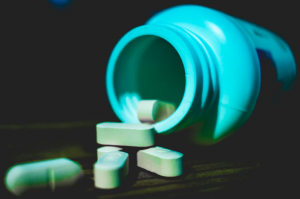 “…more than 140 Americans die from drug overdoses, 91 specifically due to opioids” and if cannabis can help with this problem, we should make sure to research more fully the benefits of using this substance in treatment.

A 2012 study published in Open Neurology Journal shows cannabis as a safe alternative to any form of addiction. There are programs tailored for overcoming heroin addiction, alcohol addiction, and prescription drug addiction by using cannabis. High Sobriety located in West Los Angeles is one such resource. The concept involves cannabis as a safer alternative with limited to no risk of falling back into the original addiction.

A recent article published in Scientific American cites several studies that show states with legalized cannabis have seen a big drop in addiction to prescription drugs and opioids. The article discusses how people are becoming more informed of the benefits of cannabis, and prefer its use to prescription medication.

There are those who will say cannabis itself is addictive. Escape usage, for example, has been found to lead to addiction and abuse of this therapeutic plant, as evidenced in a 1994 study published by the British Academy of National Medicine describing the stages of drug addiction.

However, anyone can abuse anything if it makes them feel good. Food is essential to human existence and isn’t supposed to be addictive, yet it, too, has been proven addictive. In many cases, overeating is used as a way to combat anxiety or depression. The same can be said about cigarette or nicotine use. The same is often said about cannabis.

There are those who believe cannabis is particularly harmful to addicts. For example, the Addiction and Recovery website, a part of IWantToChangeMyLife Network, cites a number of studies indicating that in addition to being addictive to approximately 10 percent of the population, marijuana is one of the most difficult drugs to give up—not because it is more addictive than other drugs, but because users are more reluctant to let it go. These perspectives are important to consider when balancing cannabis use and overuse, particularly in overcoming another addiction.

My experience with cannabis for overcoming addiction

I have recently given up smoking cigarettes. Cannabis helps alleviate the nicotine cravings. The best part is I haven’t really put on weight that is associated with quitting smoking. Since a side effect of cannabis is dry mouth, I find myself drinking lots of water, which is a plus. Ultimately, I have found cannabis to be a safe and effective alternative to my nicotine addiction, and one that has not negatively affected my life in the way that cigarettes have. However, this use of cannabis is entirely personal, and your experience may differ.

This article was created with the intent to provide some research on using cannabis to overcome other addictions, specifically to opioids. It’s always good to be informed when considering the use of any drug, including cannabis. Always go in with an open mind when doing research of any kind. 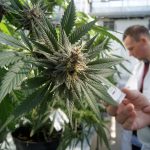 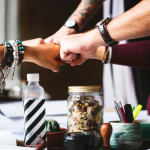