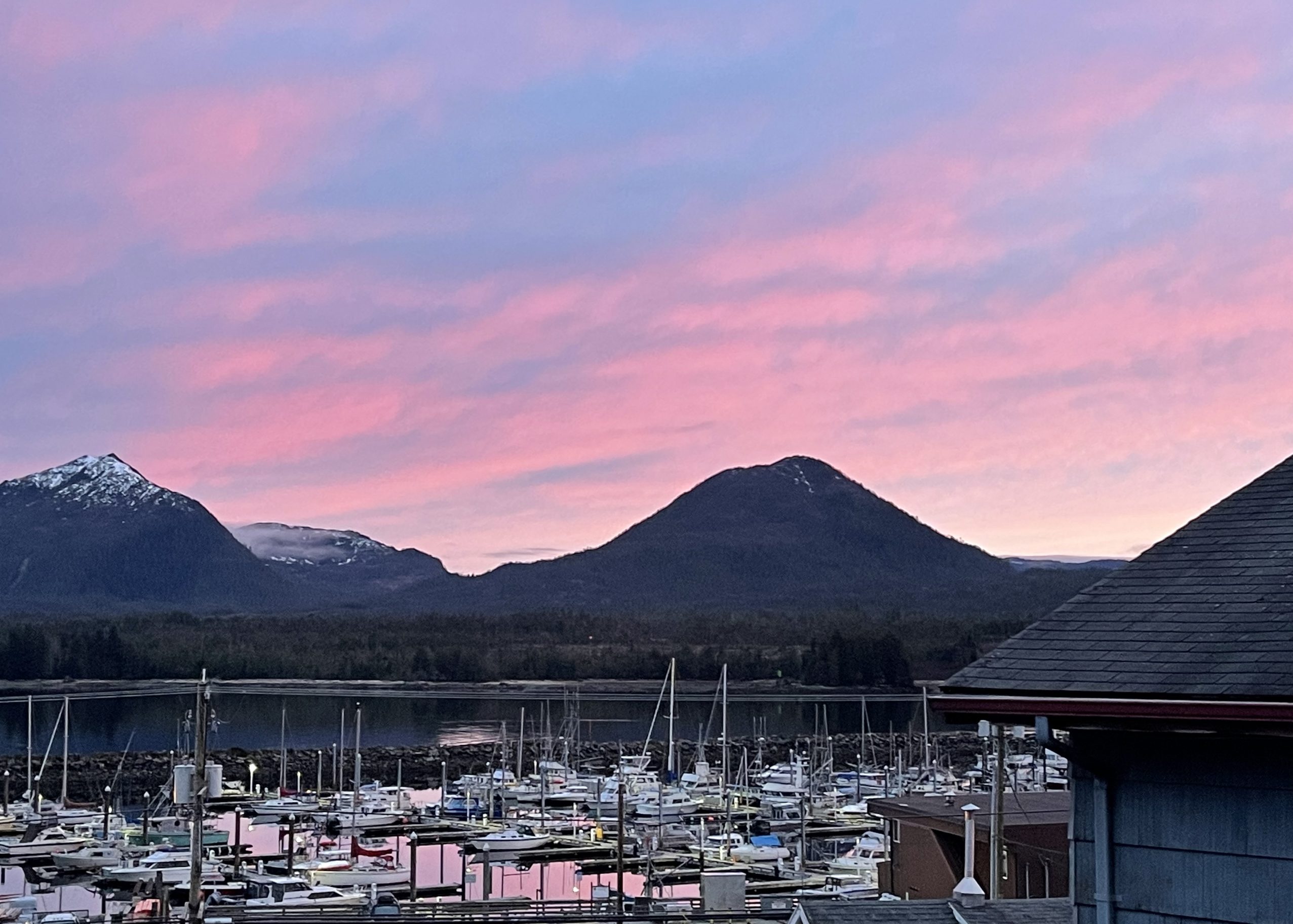 The Farm at Ketchikan is designed to grow and supply healthy, locally raised vegetables and produce to the local Alaskan community. Because Ketchikan is located in a food desert, owner Dr. Kevin Hall wanted to create a place where locals could find and purchase fresh, clean, and affordable locally-grown produce and vegetables that are both conscious and grown utilizing green energy. Food deserts are areas where residents have limited access to fresh, healthy food.

About The Farm at Ketchikan

The Farm at Ketchikan is housed at a 1914 farmhouse that was originally a bunkhouse for summer cannery workers. The 4600 square foot building is surrounded by 17 and a half acres. Dr. Hall particularly loves the tin architecture, and how spacious and sturdy the building remains, despite its age.

The farmhouse will utilize vertical hydroponic technology that allows for year-round growing inside and in greenhouses. Once harvested, the food would be available via direct sales to individuals, retailers and local organizations, such as the Ketchikan Pioneers Rest Home or the Ketchikan Indian Community [KIC] elders feeding program.

Subscribers will receive weekly emails letting them know what produce will be available that week. They will then choose what they want to be included in their box, which they can pick up or have delivered on the day it’s ready.

Growing at the Farm

The organically grown project will start with ZipGrow hydroponic vertical growing technology, and eventually expand to include one or two large permaculture greenhouses. Climate batteries, as well as solar and wind energy will ensure farm runs as cleanly and as greenly as possible, Hall said.

“The farm itself is going to start with 8 foot rows of produce, 260 rows within the farmhouse itself, with an anticipation of five to ten turns a year.”

A “turn” is when a plant comes to maturity and can be harvested. This applies predominately to greens such as lettuce, spinach and kale, or herbs like basil and parsley. Fruiting plants, such as tomatoes and peppers will turn less frequently. With year-round growing conditions, they will continue to produce until the plants “wear out,” rather than when the weather decides. If planted strategically, this could result in year-round production and harvest for use in the local community.

The Farm is in the process of applying for several grants, and other funding to start necessary renovations to the bunkhouse for the equipment.

Hall expects the first plantings to be lettuces and greens, followed by tomatoes, peppers, cucumbers and squash. He also plans to grow mushrooms. The greens and mushrooms will be ready to harvest first, followed by the fruiting vegetables. Nutrient-dense microgreens can be emulsified, frozen and sold for use in green drinks, pesto, stews, stocks and more.

The next stage will include outdoor greenhouses with root vegetables, fruiting bushes and vines, and eventually fruit trees like apple and citrus. Hall hopes that with enough space, winter squash and melons could be harvested up to three times a year.

“Ultimately, the goal is to grow in ways that are going to sustain people,” Hall said. “Watermelon is delicious and healthy, but it is not a sustaining kind of crop.”

Green Technology The Farm at Ketchikan

The Farm at Ketchikan Ever Greens will be run with green energy, ideally exclusively, Hall said.  He is investigating ways to utilize climate batteries to manage the hydroponic beds, as well as to heat the farmhouse. Climate batteries use less electricity by circulating hot, moist daytime air to the naturally cool underground, as explained by EcoSystems Design, a Colorado-based permaculture and architecture design consulting firm. In these cooler conditions, vapors condense, forcing the heat of the greenhouse into the soil and encouraging roots to thrive. At nights, fans circulate the warmth of the soil throughout the greenhouse.

The energy required to maintain a 1200 foot greenhouse with climate batteries is about the same as a home refrigerator.

Free flowing water on the property will be harnessed into a single source, managed by a water turbine that will provide additional energy for the farm. Drift irrigation will minimize water use, while returning water for reuse. The hydroponic system will conserve energy further with a self-directing lighting system, and water temperature and PH regulation, creating optimal growing conditions with the least amount of effort and waste.

“Although there is plenty of water in Ketchikan because of its location in a temperate rainforest, there’s still no need for us to be wasteful,” Hall said.

The farm will of course, also compost its own waste, while also bringing in organic waste from the local fishing industry in an effort to empower their own soil making practice.

Experience in the Field

Hall has been gardening his entire life. At the age of five, he responded to an ad on the back of a Hi-C can, and was sent a houseplant that followed him through medical school and is still alive to this day. He later received his undergraduate degree in biology. However, his first “claim to fame” was a photograph in the Winston Salem Journal that captured him with a small stock of corn that had errantly grown in fertilizer.

A strong interest in cooking and nutrition melded with his passions for growing when he began encountering patients who could not afford organic or pesticide free foods. So in about 2012 he built a 1200 square foot greenhouse behind his clinic in Northern New Jersey. Always passionate about education, he worked with a sustainment anthropologist to teach people about enriching their diet through hydroponics. In conjunction with Ramapo Valley College, he taught students about restoring ethnic identity through hydroponics.

Later, when he began working with the Alaskan community in Ketchikan, Hall worked closely with his patients to provide not only necessary medical services, but also nutritional guidance for the entire community. As a result, he saw the need for fresh, clean and sustainable produce, particularly throughout the pandemic when supply chain and income limited access to fresh food.

In addition to his own experiences, Dr. Hall was inspired by others in farming. He cited The Forest Garden Greenhouse by Osenkowski as his “playbook” for permaculture greenhouses.

“I was fascinated by a post on Facebook four or five years ago that featured a glass house that was a residence. They had the greenhouse sort of surrounding an open-style house with no roof. A house within a house if you will. That led me to want to know more about permaculture,” Hall said.

He approaches permaculture as a mindset and a set of rules that ensures that everything that “is there already, stays there.”

“Some greenhouses are more like hot houses,” he explained. “The plants are put there temporarily, and then they are sold. [The hothouse] serves as a consistent shelter for the plants while they are growing.”

The Farm at Ketchikan’s greenhouses, on the other hand, will be home to more permanent vegetation. The plan is to utilize elevated gardens for fruit trees and foods that are too difficult to manage with hydroponics, like carrots and potatoes. There is also hope to replicate growing conditions for native Alaskan plants like beach asparagus.

“I am enchanted by the idea that with a permaculture and steady environment, we may be able to grow some things that are native, and indigenous people would eat,” Hall said. “It would be more [access to] their historic and customary foods.”

Mind Key and The Daily Key are registered Amazon Associates and may earn a commission from qualifying Amazon.com purchases linked to in this article. 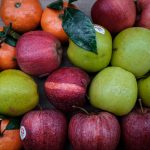 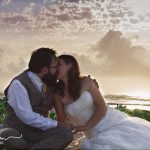