The things our body holds

The things our body holds

The things we hold onto—emotions, hatred, old patterns—they hold onto us in very physical ways.

About six years ago I began to understand this truth while experiencing Somatoemotional Release, a type of body work (like massage or chiropractic work) based on the inherent memory of body tissue.  In other words, you may have physically healed from a trauma (such as a fall or impact) but the tissue retains the memory of the injury.  This can cause muscles around the traumatized area to tense as if they still needed to protect the injured tissue.  Since the body has essentially healed from the actual injury, Somatoemotional Release allows the body to release that trauma so everything else can relax and realign.

In “Making Space: Your Weight Loss Plateau,” I talk about how the body requires room in order to hold onto all the mental and emotional baggage we carry.  That while we still carry this baggage, we make it difficult to let go of the physical space in which we carry it.  This was a concept that took seed back in 2013, while trying (for yet another year) to lose enough weight to fit into a bikini.  As I share in “What’s in a bikini,” that experience taught me that we stuff much into our clothing—much more than the weight we carry… which makes me wonder what else that weight represents.

Recently, while self-studying the physical and emotional benefits of herbs, I discovered a truth about lumps (such as cysts, blemishes or tumors).  Blue violet readily dissolves lumps in the body.  This was the first herb I ever worked with, and the only success I had in trying to remove a ganglian cyst my doctor was convinced needed operating.  Since then, I’ve learned that violet also eases heartache.  I’ve used it often for this purpose as well.  I’ve often suggested working with violet for the remedy of both concerns—dissolving lumps and to ease the heart. At this point I realized, quite poignantly, that lumps are a manifestation of heartache, or lack of love.

Other organs are believed to hold certain emotions: the liver, anger; the lungs grief; the kidneys pent-up emotion. Poor vision is often the result of things we do not wish to see, while poor hearing represents that we don’t want to hear. How easily we could move through pain and hurt, and heal ourselves if we could allow ourselves to let go of the feelings and experiences that are no longer serving us.

I was taught that bottling up your emotions is not healthy. I was taught this in an effort to avoid “bottled-up-outbursts.” Now, as an adult, I realize it is not the outbursts that do the truest harm, but the way the body holds onto these emotions that we do not face head-on and accept.  Only once we do that can we truly let go.  Only then can we truly heal.

Learn more about releasing emotional trauma while healing the body through a healing consult with Danielle Rose, and stay tuned for her upcoming blog: The Kitchen Faery. 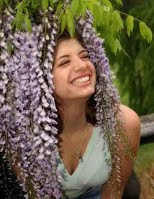 Danielle Rose – The Alchemist
Making magic from the mundane 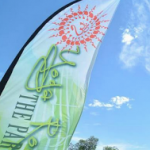 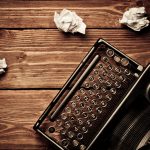