The stressed out teen – tips for destressing your high school student

The stressed out teen – tips for destressing your high school student

Chances are, if one were to ask a high schooler how they were feeling, the number one answer would be that dreaded, eight letter word: stressed.  With stress comes anxiety and nervousness as well.  In today’s day and age, school and social issues aren’t the only things that can add to the stress load of students.

One of the things that can lead to stress for high school teenagers is, on the non-academic side, social standing.  At the age of 14-19, children feel that they have to be superior by fitting into a crowd.  If they don’t do what a certain group of people are doing, then they could be seen as unfit, or unqualified to be with a certain group of people.

According to a study conducted by Johns Hopkins University, one of the biggest social stressors is trying to perform or behave beyond their ability.  This could be in terms of social or academic standing.  If a student is trying to fit into a group of new peers, they may do things that they would not normally feel comfortable doing, just so that they can fit in.  The more that a student thinks that they’re not good enough, the more they could feel like they have to try and be someone different or to do something uncomfortable.

In an academic setting, students may feel like they have to perform at the top of their classes.  The College Board did a study that concluded that between the years of 2003 and 2013, there was a 7.9 increase of students taking honors and AP classes.  Nowadays, students think that they have to perform at a certain level of excellence, especially in these types of classes, just to be normal.  Whether that’s getting up and doing oral reports if a student is shy or striving to perform the best in a certain class, the student today has a lot on their plate, socially and academically.

A student completed a study of the students and faculty in Saddle River Day School in Saddle River, New Jersey.  A Google Form was sent out to about 175 students and 50 teachers, asking them what was their biggest stress in high school.  I got responses from 60 students and nine members of the faculty.

Student stresses were listed as:

This was surprising, since the social aspects of stress were not stated, and the main focus was the stress of academics, even though social stress is still prevalent.

As far as faculty goes, there was a smaller range of answers.  The most popular answers were:

The question was then asked whether or not the faculty members felt that the stress that they feel now was the same as the stress they had felt when they were in high school.  An overwhelming “YES!” was collected.

One of the reasons given was, “I think students now have these same issues as we did; however, I think they have more distractions today than when I was in high school. Computers and devices were not as common and we did not have to deal with those as a way to distract us from our learning. I also think that more research and time has been invested in teaching students how to study and giving them the scaffolding/tools to help them learn their best.  I think that is different then when I was in high school.”

Despite the stresses they suffer, many students don’t realize the benefits of destressing.  One of the leading ways for anyone to destress is to put down technology.  This can be doubly so for students.  According to a Pew study conducted in 2015, nearly 75% of high school students in the United States have access to a smartphone. 24% were found to go online “almost constantly” and another 56% are online several times a day.  With the technology of smartphones comes the technology of social media.  While social media is a great way to stay in the loop of what their peers are doing, it also poses as a way for teenagers to feel excluded.  They can see something for which they didn’t get an invite.  Since they know they didn’t get invited, there’s a possibility that they would do anything that they could to try and be “cool enough” to get invited to the party.  The more one doesn’t check social media, the less they have the pressure to live up to others’ standards.

Another great way to destress is to focus on creating a change in mindset, turning “I can’t’ to “I can.”  In a recent study conducted at the University of Texas at Austin and the University of Rochester, psychologists wanted to see if a small shift in mindset could reduce teenagers’ social stress. They found that with a simple, half-hour training, they could help teens cope better, keep their bodies calmer and even do better in school.  The other half of the students that participated in the control group also learned a growth mindset, but applied it to the physical environment in high school, not the social one.  They took their mindset to achieve their own version of greatness in academics.

Stress can be a tough thing to deal with, especially with teenagers in the technology-laden modern world.  Teenagers need to be reminded that there’s more to life than the latest party. Also, the fact that competing with others for academic (or social) greatness will not make or break you is important to remember. Tools and remedies need to be available that can help them when they can’t control their stress. With these supports, teenagers can learn to be calmer and happier individuals. 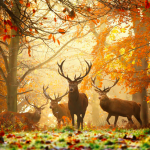 Advice on coping with loss