Sometimes gratitude means nothing: The art of non-gratitude 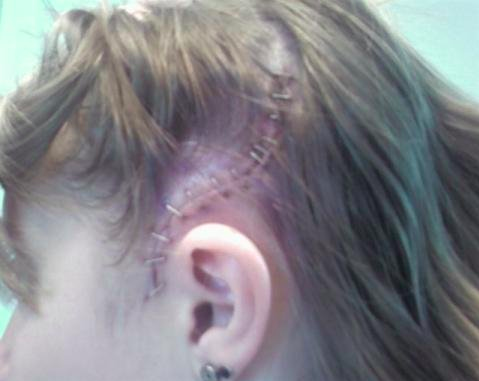 Sometimes gratitude means nothing: The art of non-gratitude

Is it okay to experience non-gratitude? After a life-changing experience, tragedy, or diagnosis, people often comment on what they’ve learned and the good that came out of the experience. Do people go through hard times in order to gain a lesson? Is there always a purpose to trials? For Jessica McWhirt, that was not the case. In a very scary season of her life, she discovered that sometimes things are just hard — and there’s no need to be grateful for them.

It was the size of a bean.

And that bean-sized thing meant nothing to me.

This was the beginning of how I came to understand the art of non-gratitude.

People always discuss how grateful they were for something awful happening to them. They say how it made them appreciate life and not take it for granted, that the experience gave them revelations and allowed them to see where they were once blind. They were ready to take on the world with a different tinted pair of sunglasses.

I get it. When we go through something atrocious, we realize we never want to go through that again and life looks a little bit brighter than it did before.

What people don’t talk about is going through something crazy and not feeling any different than before. That’s what happened to me.

I had daily headaches for three years until I decided to get an MRI, just to see. My father had a brain tumor when he was a child, so it was mostly his suggestion. All I could think of was the time wasted going to these doctors. I was seventeen and I had better things to do. Things like finding a college, writing poetry, dating boys, and jamming out at concerts. I didn’t want to deal with this nuisance.

It didn’t occur to me that these headaches would lead to finding a brain tumor 1.6 x 1.7 cm long. So, you know, about the size of a bean.

I remember it like it was yesterday. I was at work when I received the call from the doctor. She told me they had found something on the MRI and that I needed to come in immediately. I asked if we could schedule an appointment, but she insisted I come in that minute. After calling my mother and father, the three of us met with the doctor to discuss the MRI results.

During all this, I wasn’t concerned and I wasn’t scared. I was annoyed that I had to leave work in the middle of my shift. My mother, father, and I sat in the waiting room in silence. Me, with my arms crossed and playing with the loose thread on my jeans. My mother and father staring blankly across the waiting room. My father shook his leg while my mother sighed every few minutes.

Afterward, we left the meeting knowing that this would be a long and frustrating process. The prescription: an MRI every three months.

About a year went by and at this point, my little bean grew, and this meant it had to get cut.

We met with the brain surgeon. Again, I felt annoyed. Any 18-year old would be when they have to say “no” to friends and “yes” to pre-brain surgery appointments.

In my morbid, teenage humor, I named the tumor Phredd.

The brain surgery was scheduled after signing six pages of the possible side effects and complications I could face, the last one on the list: death. I signed flippantly, signing the forms like I would sign for a credit card purchase. It was nothing. Meanwhile, my mother and her friends started praying and handing me tissues—something to hold onto when I felt scared.

But I didn’t feel scared. I felt nothing.

My mother constantly asked me how I was feeling, attempting to push any anxiety or fear to the surface, like she would with a clogged toilet.

I originally requested two weeks off work, thinking it might just be a vacation. When I told my brain surgeon, he let out an apprehensive chuckle. He then told me, “You’ll want at least four weeks.” Before this, it didn’t register that this surgery was serious. I was shocked. How was I going to pay for concert tickets and fun nights out?

On the day of the surgery, my mother was constantly rushing to the bathroom. She also attempted to reassure me that everything was going to be okay. Each time, I thought she was being ridiculous. I would be asleep the whole time, so I wouldn’t know what was going on.

The surgery took six hours. I barely remember the post-op room. When the doctor held up a pen and asked me what it was, I replied, “Uh, a pen.” He was pleased with my sarcastic, matter-of-fact response.

In the end, I spent only one day in the ICU and was walking the next day. They sent me up to the normal patient rooms for a few days and I had friends and family constantly visiting. The steady stream of morphine had me feeling great.

I was soon sent home with flowers, teddy bears, and candy. Aside from some dizziness and lethargy, my recovery didn’t seem like a big deal. The surgery results confirmed the tumor was benign. Naturally, my mother and father felt relief.

My friends would ask me all about the surgery and the recovery, but there wasn’t much I could tell them. I didn’t remember much and I felt okay. They were more entertained by the giant scar that once held 13 staples, and I was asked virtually daily to part my hair and to reveal the twisted scar that ran along the side of my skull.

Hindsight is a beautiful thing

Whenever I tell the story of Phredd, people are shocked over what I went through. It never registered that I could have died or had a difficult time recovering. When I signed that six-page list of possible side effects, I never considered any of them happening to me. I took it for granted. At 18 years old, I thought I was invincible. I didn’t sit around fretting about Phredd. I had better things to do.

Hindsight is a beautiful thing. I appreciate my teenage angst and the fact that I didn’t think the tumor had power over me. Even though I didn’t acknowledge it at the time, dealing with Phredd for two years most likely made me stronger in the long run. I was certainly never grateful for a tumor becoming part of my life. It was a nuisance. A time suck. Something that not everyone can handle by themselves as an 18-year-old.

You don’t have to have gratitude in the present for things to make a difference in your life because sometimes, it is non-gratitude that gets us through the difficult times.

Jessica believes in working hard for everything. She pushes herself daily and she wants to help others succeed. Visit Jessica McWhirt’s website to learn more. 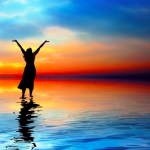 Meditation for peace and gratitude 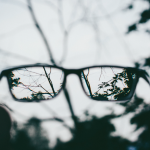 Change your perspective and tackle the season