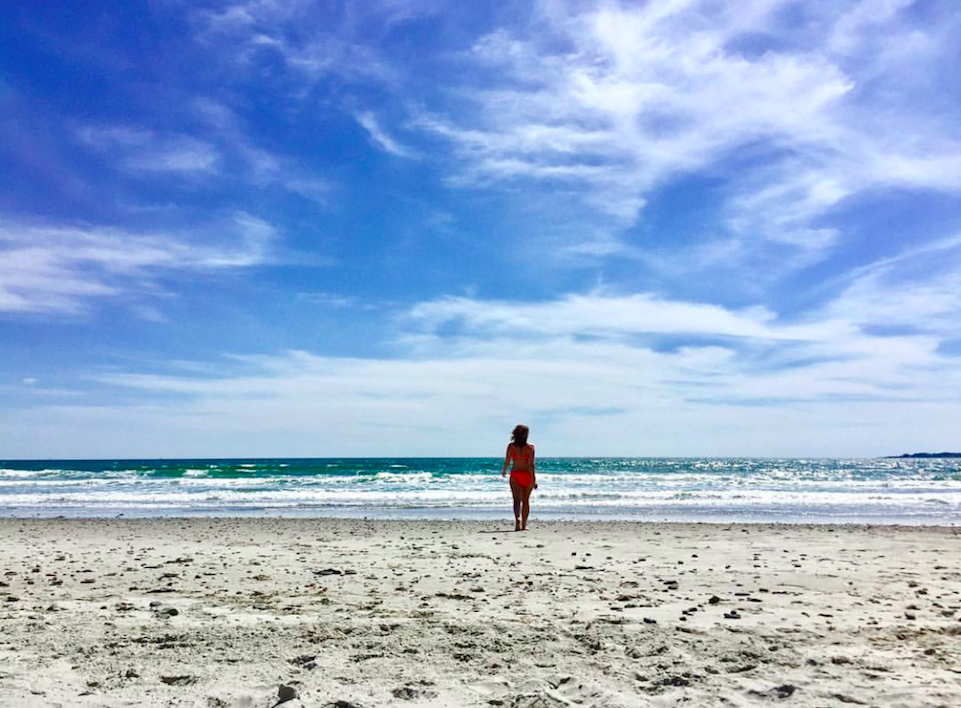 Originally published in the Suburban Trends by North Jersey Media Group, August 2013, but refurbished in light of the ongoing battle all women have with self-image, self-confidence and the yearly summer body bikini battle with the beach.

Buried in my bottom dresser drawer is a brand new bikini.

I bought it at the beginning of the season—a sort of motivation to get into shape. Numbers on the scale notwithstanding, I’ve definitely slimmed down. I’ve been trying to eat healthier, stress less (if that’s possible), and work out more often.  Still, that bikini sits where it lay untouched.

Wearing a bikini is a daring personal decision—one that was much easier when I was nine or ten…. Back when self-esteem was a word I scarcely understood; when lack of curves was neither good nor bad; when a beach day was more about fun than who looked better than whom.   Today, as a mother of two young children, the definition of bikini goes much further than what’s lying in my dresser drawer.

I’m not sure what the allure of a bikini is. Maybe it’s the comfort, minimal tan lines, or how quickly they air-dry after swimming. I never considered one a measure of health or beauty until becoming a new mom, when I made fitting into one my fitness goal.

Four years later, part of me still hopes I’ll be able to wear it in a couple weeks when we take our family vacation. I know I’m essentially healthy, and that I look great, but when I look in a mirror I’m not always convinced. 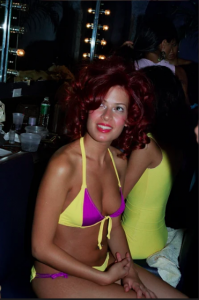 The smaller the suit, the bigger the baggage

We pack so much emotional baggage into a bathing suit as if the less clothing we wear the more we’re required to carry.  Instead of simply asking, “does it fit?” or “do I look good in it?” we ask, “am I tan enough, is my skin clear enough? Am I too old to wear this?  Can I find a coordinating cover-up?”

The baggage increases as we head to the beach. At every glance, there are beautiful bodies in beautiful bathing suits (hopefully never in the same one we’re wearing) and the temptation to compare can be hard to overcome.  How difficult it is to see another mother rocking the bikini in a way I never could. How difficult it is not to judge her, not to judge myself, not to care if anyone is judging me.  Worse is judging the woman heavier than me, who is rocking the bikini simply by having the guts to put it on.

A few weeks ago I saw a beautiful Polynesian woman in a brightly colored two-piece.  She was certainly not skinny, yet while I stood on the shore with my arms crossed over my belly, she swam in the waves more comfortable in her skin and in her clothes than I have ever been.

And I wonder if by shedding the preconceived notions of what we “should” look like, we lose more than we ever could in pounds.

I bet that beautiful Polynesian woman slid into her bikini much more easily than I wiggle into mine.  Not because of a number (on the scale, or on the tag) but because she obviously didn’t carry the baggage I do. Instead, she exuded the confidence and comfort in her own skin that made me smile and honestly say, “I love your suit.”

I wrote this article for NJMG in the summer of 2013. That fated bikini was worn all of once, perhaps in defiance of this very article, then it went back in my drawer. I didn’t wear another one until three years later in the summer of 2016 when I moved to Newport, RI. At that time I was spending every day at the beach, and with the support of friends and others, started squeezing myself into two pieces again. Getting nice feedback on how I looked helped immensely. I have not bought a new non-bikini suit since.

Amazingly, my body has changed so much since then. I have not been exercising differently, nor have I significantly shifted my eating habits (I’m still known to regularly binge on cheeseburgers and chocolate). Instead, my focus is on being gentle with myself and following my heart. This doesn’t allow much room for self-judgment. The number on my scale hasn’t changed at all in seven years (that means I am the same weight I was when I first wrote this article!), but I feel, and apparently look, thinner than ever. I imagine it has a lot to do with letting go of emotional baggage. The same baggage that left me unable to wear what I wanted to.

As an aside, I no longer judge other women on the beach, either. The power of self-image notwithstanding, that perspective shift alone has been worth the time and effort it took to face my baggage and let it go for good. 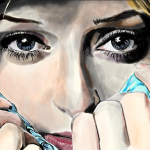 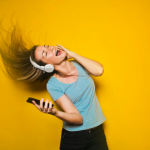 15 songs for the plucky superhero in us all