0
0
Creativity, Energy, Health, Lifestyle
She ran from the house, her skin cold against the balmy summer air. It could have been late afternoon, the full weight of sun and humidity pressing down against her, and it wouldn’t have mattered.  Nothing could warm her now.
Her hurried steps brought her to the small patch of woods not far from the apartment. Gnarled limbs, heavy with Spanish Moss, provided sanctuary as she wove her way around the trees. Most of her friends were leery of this place, leery of the creatures that called this swampy spot home. She was far more concerned with the human creatures she left behind her, specifically the so-called friend that climbed on top of her while she was passed out. She woke up to find his hands roaming all over her, his lips pleading with her to just let him. Ultimately, nothing had happened. He accepted her no… eventually. She found it no less disturbing, though. The second he had rolled over and passed out, she bolted from the place. 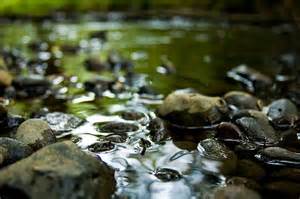 Her stomach soured with every step as she considered how much worse it could have been. She shouldn’t have drank so heavily the night before.  She should have gone home and passed out in her own bed. These were the course of her thoughts as she found her way to the little stream. Heavily, she sat down at its banks and watched the clear water as it flowed over copper-toned rocks and away, far away, from where she sat. In spite of herself, her mind relaxed. She just watched the water, enjoying the way the surface bubbled over the rocks, flashing with specks of sunlight as it eased around the obstruction in its path.
Suddenly, she knew. She knew that this moment was like the rocks, stationary. Her life was like the water, flowing over, around, and past it, leaving it far behind her. She inhaled the sweet, musty fragrance of soggy earth, then stood. She smoothed the leaves and debris from her clothes, then began to make her way home.
*********************

The Subtleties of Listening