Music is more than a pastime: it’s medicinal

Music is more than a pastime: it’s medicinal

In a modern society, consumed by psychiatric appointments and psychoactive medications, it is essential to realize that a mere choice of song can provide a sufficient therapeutic effect to remedy some of our psychological afflictions.

Music: The vibration of humanity

Parents traditionally play classical music for their children to absorb while sleeping–music is a vital element of humanity, serving as a catalyst for our behavior. Due to the profound, impassioned influence that symphonic stimulation supplies, most cultures of the world use music to improve moods, deliver focus, or lull a person into a meditative state.

“Music lets you rediscover your humanity, and your connection to humanity,” musical icon Moby states in an interview with Thought Economics. In a basic sense, music allows a channel through which to perceive human life, and different songs provide vehicles for that reality.

The Digital Age has created a convenient environment of which we share in its deep well of substance, and with the increasing availability of technology, music as a source of stimulation has been in its most popular state. According to this Nielsen study, 92 percent of Americans age 12 and older listen to broadcast radio, and an Edison and Triton Digital study boasts that the 12 to 24 age bracket listens to online radio every month.

Music: The common denominator for life

The world doesn’t always cooperate and when that happens, people find themselves turning up the volume on the radio or throwing on a pair of headphones. It is common to find someone listening to music during a strenuous task in order to help them concentrate on the work at hand.

We often use sound to drown out distractions–humming, vocal effects, clicking of the mouth–which demonstrates a human inclination to audio for relief, registering the noise against our state of mind. Music has a mechanical connection to our neural network, in particular because of the way that the tones and structures of songs are identified and interpreted through our emotions.

In an article from Healthline, Suzanne Boothby notes, “Sad music provides a substitute for the lost relationship.”

A University of Chicago study on aesthetics explains how music can personally manifest, providing a shoulder to cry on or filling in for an empathetic friend. An appropriate tune will profoundly impact the listener, resulting in a positive effect on the mind, or at least emotions, of a person experiencing some negative mental or spiritual stress.

Whether obvious or not, music is ingrained in a variety of social capacities, from public environments to intimate gatherings that we entertain on any given day, representing the broad diversity of audio.

A walk down the hallway in a college dorm is bound to lead you to some form of music; a biology student is tuned into the jazz station while she reviews a vocabulary list; a gamer plays the Call of Duty video game and listens to his iTunes playlist simultaneously. Athletes are perhaps the most notorious for listening to music while they zone in on a game or meditate on strategies. The medium permeates every facet of society, so it is necessary to consider the practical means for which music is applied, rather than regarding its presence as a simple matter of coincidence.

Music and the vibration of our thoughts

“Listening to music that you like could help you focus on your own thoughts,” explains Laura Rosenfeld for Tech Times.

Rosenfeld’s note was based in an article published by Scientific Reports that explored how a preferred genre is more significant than an appropriate genre when considering how music might influence someone’s behavior.

“When listening to strongly preferred music, people report they often experience deeply personal, often unsolicited and emotionally-laden, thoughts and memories,” explains researchers for the journal article “Network Science and the Effects of Music Preference on Functional Brain Connectivity: From Beethoven to Eminem.” The thought is that if a particular person has a taste for country, or hip-hop, or jive music, then those specific sounds will have more of a psychological effect than those traditionally considered intellectual, like classical, jazz or opera music.

According to science professor, Kevin C. Hartzog, Humans interpret their surroundings through various sensory receptors that vibrate in reaction to nervous stimulation, generating impulses that affect cerebral activity. According to “An Introduction to the Brain and Behavior,” (Bryan Kolb), audio, visual and physical percepts are translated by sensory organs in the brain that receive external transmissions through the cranial nervous system.

Our emotions are eternally entwined with our nervous system, which is the reason that our bodies physically shake when they encounter stimulants of terror, pleasure, shock and excitement.

Leon Hoffman M.D. remarks in his article “Emotions Affect Cognitions” that in the moments when “we have to make decisions [on] how to act we always perform an unconscious mental compromise between our judgments and our emotions.”

In regard to the effect on a person’s emotional state in moments of distress, music acts as a lightning pole, absorbing the shock and sustaining a steady emotional plane.

Sound is able to arouse the human body into motion or connect two people in a moment, so, in the correct context, it can undoubtedly be employed to manage involuntary emotional or psychological anxiety.

Music can change the emotional state of a person and can influence the way that one performs a particular task. While the sounds of music may not directly provide us with the answers to life’s great questions, it can assert the proper mindset for maintaining the limits of our consciousness. 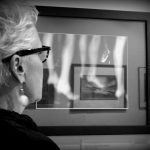 Are you reacting or responding? 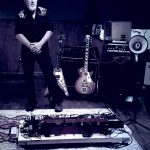