Journeying with The Green Tara

Journeying with The Green Tara

Tara Ann Lesko is a woman of many talents.  Art, poetry, teaching and exploring spirituality are her loves and she enjoys helping others get in touch with their creative side through art and writing.

“There are many who wish to gain enlightenment
in a man’s form,
And there are few who wish to work
for the welfare of living beings
in a female form.

Therefore may I, in a female body,
work for the welfare of all beings,
until such time as all humanity has found its fullness.” 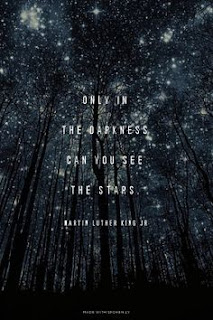 Years ago, when I was still under an illusion of contentment in regard to who I was and what I was doing in the world, a gas station attendant told me that in Arabic my name meant “star”. I knew “Tara” meant “tower” in Gaelic, and I had mixed feelings about this origin. Truthfully, the origin of my name didn’t matter too much to me. My Dad named me after a soap opera actress that reminded him of his mother. That’s as far as the meaningfulness goes.
Additionally, I was the tallest kid in my class, every year, and I continued to grow to be an abnormally long-legged female at 5’9. Regardless, I rarely felt like I loomed over anything with power or command. But the best part about a star is that it doesn’t have to command, or dominate, or stand out. It just is. A star is there among billions of other fiery balls of gas–a small part to a whole, a grain of salt lost on a black background with countless other granules.
Almost two short years ago, I learned there is an actual goddess named Tara. Considering the spiritual changes that were occurring at the time, I was immediately intrigued to learn more. She is a Tibetan or Buddhist goddess who is often depicted as having green skin; hence, she’s often referred to as Green Tara. However, she is represented in many different colors depending on her energy. The best part about her is you never know what color she’ll be at any moment in time. 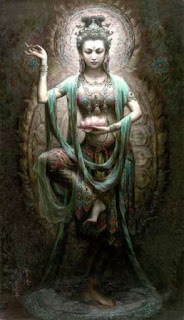 Patricia Telesco in 365 Goddess: A Daily Guide to the Magic and Inspiration of the Goddess writes, “Goddess Tara is probably the oldest Goddess who is still worshipped extensively in modern times. Tara originated as a Hindu Goddess, a Great Goddess — the Mother Creator, representing the eternal life force that fuels all life.”
Here are some tidbits about her different colors, according to celebratedivinefeminine.com.
“Red Tara: This is Tara’s fierce aspect, associated with the ability to magnetize all good things.
Black Tara: She is associated with power.
Yellow Tara: She is associated with wealth and prosperity.
Blue Tara: She is associated with the ability to transmute anger.”
Before I continue, I have to admit to a period of prejudice when it came to anything having to do with the metaphysical. My husband, who I loved and revered more than any human being on Earth, met a beautiful young woman online who was involved with mediumship, crystals, psychic power, auras, and all that fun stuff. She captivated my husband to the point where he simply wanted a new life, and he felt he would find that new life with someone like her. Not with someone like me – someone who, at the time, had minimal positivity for numerous reasons. I don’t have the space to go into detail, but once my memoir, The Golden Skillet, is completely done and out in the world, you may gain a better understanding.
Needless to say, I maintained for quite some time that anything having to do with the metaphysical was hippy bullshit meant for those who wanted to fulfill their own selfish needs without any consideration for anyone else’s well-being.
I was wrong.
Today, I have crystals, tarot, incense, faerie, and books. I’ve branched out and embraced so many realms of spirituality, and it has given me a wealth of connectedness and creative energy. That is why I have decided to begin The Green Tara Chronicles as a short extension to The Golden Skillet. This autobiographical piece will explore my journey through spirituality as an adult, the good and the bad, with the many faces of Tara at its core. The goal of this project is to encourage the reader to find enlightenment and fullness, to find her guide (or guides) into the divine feminine.
I can’t say any one goddess is “my” goddess, not even Tara. But I do feel a kinship to this figure, by name and spirit, because she is never one thing to anyone. As you may discover in the Chronicles, this is me to a tee.  Stay tuned 🙂

Yin and Yang: A Christian Point of View

Meditations from the Other Side