In defense of the unmarried woman

Mind KEY / Creativity  / In defense of the unmarried woman

In defense of the unmarried woman

0
0
Creativity
So I am supposed to be writing about relationships this time. I am sitting here on my couch with my ever-faithful dog and out of no where my grad school thesis advisor popped into my head along with other loved and admired poets. Women who had one huge commonality. 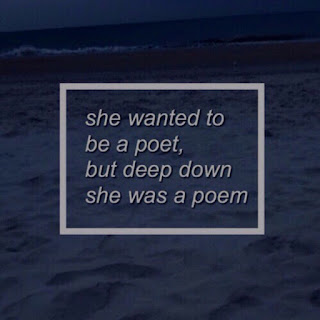 Rachel Wetzsteon was a revered poet, author, and teacher who had a profound influence on my strengths and weaknesses as a poet and writer. I may have been her last advisee since she committed suicide seven months after I graduated in 2009. I think about how I’ll never have the opportunity to sit with her in a coffee shop on a cold February in New York, laugh with her over the ridiculousness of Valentine’s decorations, and discourse over good imagery and slant rhymes.
What bothers me the most about Wetzsteon not being here anymore to paint the thick NY/NJ air with her gorgeous words is that the catalyst for her early departure was a fucking relationship.
By the time I worked with her on my thesis in 2009, she was in her 40’s, and I was approaching 30. She was unmarried and often wrote about the “solitary yet defiant lives of single women,” according to Margalit Fox’s article from the New York Times. I guess I was what you could call a professional newlywed with about four years of blissful marriage under my ever-expanding belt. Needless to say, we had different perspectives on relationships at the time.
Her poems typically oozed with longing, for someone who was there but really wasn’t. She wrote about solitude in a city that never stops twirling its lights and sounds. Regardless, in person she never seemed to stop smiling. When she read poems and taught them in her classes, she savored them like warm chocolate cake on a shitty day. On the surface, she simply seemed at peace with her life as an educator, an advisor, an award-winning writer, and an unmarried, independent woman.
Fox’s article included a statement from Wetzsteon’s mother stating that Rachel had been “severely depressed, partly over the break-up of a three year romance.” When I read the article at the time it was published, I wanted to throw something. How could certain men willfully and thoughtlessly become an accelerant to the destruction of good women, brilliant women who go against the grain? I remember feeling grateful to have contentment and unwavering love in a stable marriage.

In 2012, I was divorced and living with my parents in a 900 square foot condo.
Rachel, Plath, Sexton, and so many others were duped by a significant other into believing in the sanctity and beauty of marital commitment. I am lucky to call myself a survivor because it really is a life-suck – feeling like an expendable failure. The symptoms go away, but like mono, that strand never disappears.
Did these poets have battles with depression that had nothing to do with the men in their lives? Absolutely. Was the end of my own marriage the knife that punctured the already shaken soda bottle? Definitely. Yes, there are usually two sides to every story…usually. 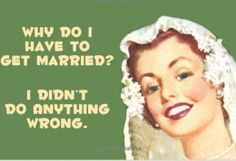 But why haven’t single women reached a point where they can stop defending themselves for remaining unmarried? Marriage is no longer a critical state of being, supposedly. Yet single women from their late 20’s to their 30’s and up are still made to believe that fulfillment in life is gained through the traditional family structure of husband, wife, kids, pets, soapbox colonial, SUV, etc. Consider this claim from Ally Boguhn, a Contributing Writer for Everyday Feminism.
“Tied to the throw-back to outdated gender norms is the way that incessant nagging about marriage makes way for the erasure of the accomplishments and goals of women. Once again, this harkens back to a time where societal norms dictated that the goals of women need not extend beyond finding a husband and having children. By assuming that marriage is the end-all-be-all goal of all women, we revert back to this same way of thinking. Often, we not only expect marriage to be the ultimate goal of most women, but as a society we also shame those who don’t subscribe to this way of thinking. Women who put their career ahead of finding a partner or having a family are said to be selfish or self-indulgent. But there is nothing wrong with putting yourself first, and we shouldn’t be shaming unmarried people who take pride in themselves and their own goals and accomplishments.”

Despite undying importance placed on marriage, many women are learning the truth about what it represents no matter how progressive we like to think we’ve become. Women are slowly realizing how we become extensions of someone else – a simple Mrs. next to her man’s first and last name – and as a result, self-care and self-actualization weakens. Considering the extraordinary gifts the aforementioned poets had to offer, they never felt whole, because our world told them they needed a significant other in order to be complete. This needs to end.
No, I would never tell any woman not to get married. But I would tell any woman to find her place in the world alone first. Make sure the home you decorate, the couch you sit on, and the dog you cuddle is yours and yours alone. Most importantly, find your poetry in any shape and form.
loverelationshipsself-love
Share

Lent and Mindfulness in relationships

Love isn’t about need–It never was