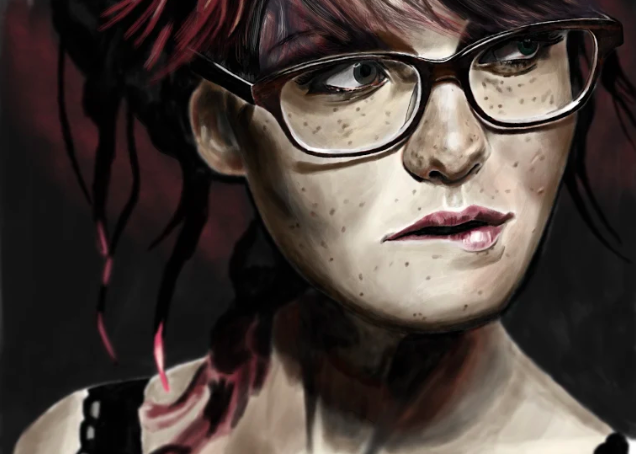 Is focus the key to a happy and productive life?

Some say the ability to focus on what is important and follow one task, one goal or one vision to completion, is the key to personal and professional success. In today’s knowledge economy, where information is currency, focus has become even more valuable than intelligence. While it may not be possible to increase your innate I.Q.,  you can learn to cultivate mental strength and train your brain to focus. Deep thinking, a byproduct of focus, is what allows for creativity, problem-solving and learning. But focus requires undivided attention, which in today’s multimedia, multi-screen, multitasking world is hard to come by without—well—without focusing on it.

Research has shown that multitasking is scientifically impossible for the human brain. Constantly switching from one task to another comes at a high cognitive cost. This is according to Earl Miller, a neuroscientist and expert on divided attention. Miller’s site shares a body of research. This research shows a positive correlation between levels of media multitasking (juggling multiple media streams simultaneously, as in posting on Facebook, watching television and texting) and attentional failures, such as becoming distracted.

The negative effects of media on a productive life

This 2017 study published in the Journal of Pediatrics discusses the negative effect that media multitasking has on children’s ability to learn and perform academically, including poorer retention and reduction in reading comprehension. In today’s work and social environments, there is a demand for multitasking and information processing skills, and there are multiple media outlets that provide a constant stream of facts and news. However, when we try to process too much information at once, our mental energy becomes depleted, we lessen our ability to perform and our brain loses the ability to separate the trivial from the important. In the long term, this media assault and constant switching of attention depletes our engagement in deep thinking and robs us of the ability to be creative and present in our daily lives.

The evolution of our focus

According to Daniel Levitin, Ph.D., a cognitive psychologist and neuroscientist, the human brain evolved hundreds of thousands of years ago during a much simpler era. The brain’s single-focus wiring enabled our hunter-gatherer ancestors to survive by hunting animals and defending themselves against predators and intruding neighbors. This attentional filter evolved to help humans focus on tasks essential to survival, letting through only information that was crucial to life and death decisions. Think of a quarterback being able to zone in on the open receivers, ignoring all the other players on the field.

In his book, The Organized Mind, Levitin stresses, “attention is the most essential mental resource for any organism.” He says, “neurons are living cells with a metabolism; they need oxygen and glucose to survive and when they’ve been working hard, we experience fatigue. Every status update you read on Facebook, every tweet or text message you get from a friend, is competing for resources in your brain…”

Multitasking and focus in the digital age

Cal Newport, an associate professor of computer science at Georgetown University and author of Deep Work, takes it one step further.

He says that, “attention is scarce and fragile” and in his blog post, “On Digital Minimalism,” he proposes digital minimalism as a theory “motivated by the belief that intentionally and aggressively clearing away low-value digital noise, and optimizing your use of the tools that really matter, can significantly improve your life.”

You could say that Newport is the digital Marie Kondo. In his TED talk, Newport proposes avoiding most forms of social media. Many of the most popular sites are engineered to be addictive. In fact, he argues that individuals who cultivate their ability to concentrate without distraction will thrive.

If this is true, what is one to do when the world today seems designed to distract us? To assault us with information overload?

Dave T., a successful small business owner, lamented that lately, he finds himself uncharacteristically procrastinating on important tasks. Even tasks such as completing his tax return, filing an insurance claim and completing an online certification required for his business. Instead of working on these crucial tasks at night, he found himself simultaneously texting on his phone. He’d watch TV and scroll the internet on his laptop. He expressed not only frustration at not moving forward, but a general feeling of malaise and dissatisfaction. Despite the fact that his life was successful, he wanted to feel the rewards of a productive life as well. His simple fix? Practicing his own form of digital minimalism. He did this by focusing on one task per night. In addition, he moved into the kitchen away from the TV. He did this to work diligently until his task was complete.

Tips and tricks for staying focused

James Clear, a habit expert and blogger, says, “in order to concentrate on one thing you must, by default, ignore many other things.”

His guide is one resource that can help, but there is a wealth of productivity advice available on the internet to help you develop habits and train your brain to focus. Three tools can be used to lessen distraction and accomplish goals. These include the timed work cycle, the brain dump and a media fast.

The underlying theory of the timed work cycle maintains that we have a more productive life when work in short spurts, with rest in between to recharge. There is research that purports that 90-minute work cycles align with our biological rhythms.  The Pomodoro technique proposes four cycles of 25-minute bursts with five minutes of rest in between.  A free, downloadable timer can be set to work on one task for a predetermined period of time (I prefer the 45-15-45-minute work cycle).  The permission to ignore everything else for this period frees up brain space to hyper-focus on one task.

It is important to note here that you also need to set up an environment for success. Remove all extraneous electronics. Turn off phone or computer notifications. And remind yourself of your intention with something tangible. Examples of something tangible might include something as simple as the lighting of a candle.

Another method for prioritizing is the brain dump. This can be as simple as taking a pad and a pen, setting a timer, and writing down everything occupying your mind. Every “to-do” taking up space in your brain, no matter how trivial, goes onto the paper. This helps purge the mind of everything that is a potential distraction. The list can then be used as a stepping off point. You can also walk away from those items with a clear mind.

Media fast to find a fulfilling and productive life

Lastly, I often take at least one weekend day to go on a media fast. Meaning, I ignore my phone, email, and social media accounts. If this seems scary, try setting an auto-reply message on your phone and email that you are offline and will respond tomorrow.

In the end, it may boil down to something simple: “Focus is a matter of deciding what things you’re not going to do” (John Carmack). Just remember, focus takes practice. However, focus it is vital to our mental health, wellbeing and ultimately to a happy, fulfilling and productive life. 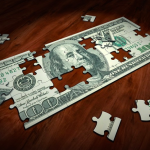 Cultivate abundance and get passionate about your finances 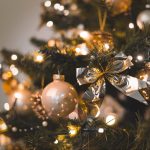 Thriving through the holidays: Tips for a well-balanced holiday season