Before I share my story of finding Santa Claus, I’ll start by saying that Christmas has always been my favorite holiday. I’m a sucker for an old-fashioned, Bing-Crosby-crooning, It’s a Wonderful Life-viewing, Christmas-Eve-snowing, chestnuts-roasting-on-an-open-fire type of Christmas.

But I’ll also say that the holidays have always been hard. Holidays are hard for a lot of us, and I feel for those of you who identify in this way. I find it difficult—as many do—to not get triggered this time of year. Combining an entire family’s worth of trigger/traumas into one room… one table… during one of the most reactive times of the year can become nothing short of explosive. One person triggers another, whose reaction triggers the first, who triggers someone else… The next thing you know there’s a table full of self-soothing, self-medicating, temper-flaring humans all failing miserably at being the best versions of themselves, but at the same time being totally, inexorably and absolutely human.

This year, all of the above is has culminated in a lot of emotions surrounding Santa Claus. I made a promise that I would never give my children a vision of Santa that left no room to imagine anything but a jolly elf that lives in a candy cane village at the North Pole. To me that’s the commercial santa. That santa isn’t the real Santa.

The truth is that Santa Claus does exist. I only had to find him for myself to truly believe.

The magic behind Santa

The image we have of Santa is like the image Christians have of god. It’s so sanitized that it’s no longer real… but that doesn’t mean that god doesn’t exist. I’ve taught this concept over and over again to people who don’t believe in faeries but want to. They don’t look like Tinkerbell, I say. They don’t always have wings. They don’t grant wishes or sprinkle fairy dust or even fly… but that doesn’t mean they don’t exist. You simply have to adjust your mental image of them in order to recognize them everywhere.

I promised that, as a mother, I would focus on the magic of the season and give my children the tools to create their own mental image of Santa Claus… one that can morph as they grow until his magic becomes so believable and ingrained that there never becomes a moment when it makes sense to “stop believing.”

It was a beautiful thought. I tried to hold onto it as much as I could as my girls grew, but I was beset on all sides by the stories of others. From television, to family members and friends, and even teachers, everyone fed them the same story of Santa as a jolly elf that flies through the sky. My vision for teaching them a new way simply wasn’t sustainable.

I was losing hold of the magic that made the season bright. Worse, I began to stop believing. The holidays were becoming stressful and traumatizing, and as a single mom whose kids believed something I no longer believed in, I began to feel incredibly alone. I knew something had to shift, but I didn’t know what. Desperate, this year I promised myself I would focus on two things above all else: magic and rest. Without knowing where the journey would take me, I let everything that kept me from those two things go and waited.

The shift happened when I was at the store debating which strand of lights would best replace one that had broken on me. . . I was frustrated. I was being jostled by angry shoppers. I coming down with a cold and wanted to go back to bed… and among all those swirling feelings I heard myself say, “See… this is Santa. This time and energy I don’t have, that I’m spending in the store on this stupid strand of lights… that’s the magic of Santa Claus in me.”

And as I said that, I realized that secretly I liked spending time I don’t have debating strands of lights in a busy store. As I took a deep breath and allowed myself feel the frustration, something shifted. I found myself able to be at ease and more present in what I was doing.

Before long, I was finding Santa everywhere. Everywhere I went, everything I did had “Santa” written all over it. “See,” I found myself saying over and over, “See, this is Santa Claus. This is something that wouldn’t happen without the Spirit of Santa. I’M Santa! YOU’RE Santa! My girls are Santa!”

Santa is everywhere and so is his magic. It’s in every little thing that I wouldn’t do except at Christmas. Like spending hours stringing popcorn and cranberries. Watching Elf and Miracle on 34th Street over and over. Letting the kids stay up late eating Christmas cookies. Or buying a zillion gifts that I don’t have the money for. The more I found Santa in everything I did, the more I enjoyed the things that used to feel stressful or overwhelming… the things I felt I didn’t have time to do or enjoy.

The more I found Santa in my life, the easier it became to believe again and to not be afraid in my kids believing. After my divorce I was very sad that I had no one to put gifts under the tree or fill my stocking. The first couple of years, my kids asked why Santa had stopped bringing me presents. For a time, they thought it was because I had been “naughty.” At first it hurt a lot that they had to have these questions in the first place.

This year, when Black Friday came, I found myself doing more shopping for myself than for others. There was a list of things I needed or wanted and had held in virtual shopping carts for months and months because I couldn’t afford them or couldn’t justify spending that much on myself. Then prices dropped significantly and I found myself looking at those online shopping carts thinking, I know I’m going to regret it if I don’t buy this now. So I bought those things. Next, I received a notification that my only (prior) splurge of the year—a handmade leather backpack I’d been waiting six months for—was going to ship in time for Christmas….

That’s when I realized… it was Santa’s doing. Santa made these things happen. He gave me the push to buy myself gifts. He was the one who had that leather order delivered in time to make my backpack. I was so grateful that I decided to wrap these things and put them under the tree. Why not? The only reason they were there was because of Santa. Santa gave them to me, and they belonged under the tree with the rest of the gifts I had bought in his name—gifts I would have never bought if it weren’t for him.

Like the house in Miracle on 34th Street, Santa doesn’t always do the buying (or the building), but he lights the way to those things we’ve been hoping for. He makes the impossible possible.

The Santa in your life

So Santa does exist. But I had to find him for myself. I had to recognize that he’s energy… like faerie energy that isn’t quite in this world, and isn’t quite the next world. It materializes in whatever way we choose. For many he materializes as a man in a red suit that brings presents down the chimney, but for me he materializes in those little moments. The excitement of giving a gift. The self-care moments. The tons and tons of cookies I wouldn’t dream of making (or eating!) any other time of year.

How does Santa materialize for you?

For more tangible tools for finding the version of Santa Claus that is the most real for you, sign up for the Mind Key newsletter and click the “Moon School” option. We’ll send you simple exercises that will rekindle all the magic and belief from your youth in no time. But please feel free to share your experiences with Santa Claus in the comments, too.  I look forward to hearing from you! 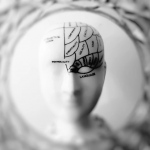 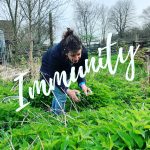