Milkweed: A Source of Nourishment for Pollinators, Monarchs, and Humans

Mind KEY / Creativity  / Milkweed: A Source of Nourishment for Pollinators, Monarchs, and Humans 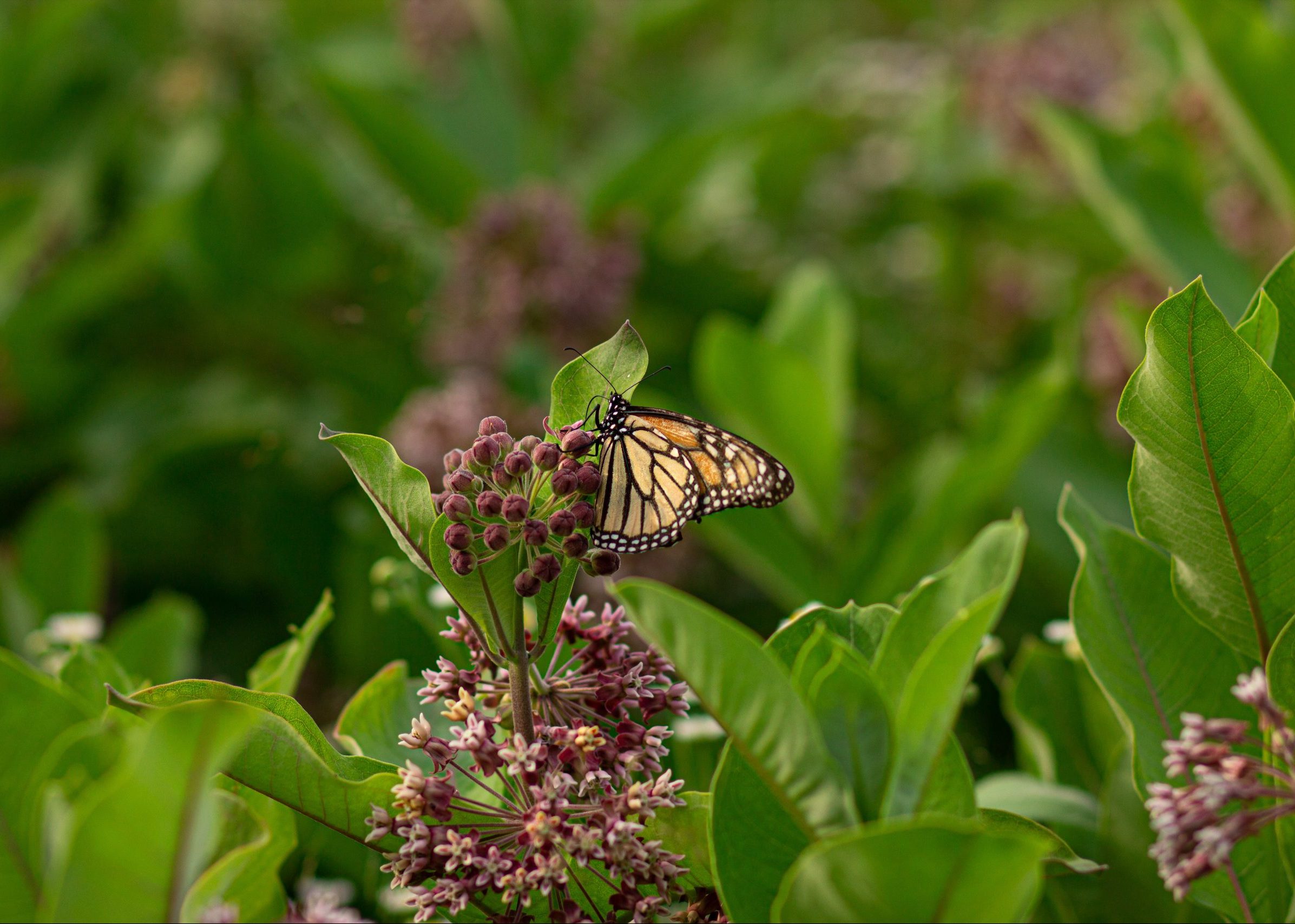 Milkweed: A Source of Nourishment for Pollinators, Monarchs, and Humans

Gardeners and foragers like me have been encouraged to plant milkweed if they have space. Why? Not only is this plant phenomenal for hosting bees and other pollinating insects, but also because it’s the only source of food for the lovely monarch butterflies. And did you know that milkweed is also edible? According to the American Botanical Council (Mader, p.38), Native American tribes have valued this plant for food, medicine, and fiber. There are over 100 plants in this family, the common milkweed (Asclepias syriaca) is the one I’m talking about here and it’s indigenous to the eastern U.S. where I live. Edible milkweed for butterflies is not hard to grow at all, and I’ve been doing it for a long time.

Birds do it, bees do it. Even educated fleas do it. Let’s do it, let’s fall in love…

I’m pretty sure Ella Fitzgerald didn’t have milkweed in mind when she wrote those lyrics, but I’ve had a love affair with milkweed flowers—and later the whole plant—since I was ten years old living in a world surrounded by farms and apple orchards. One day, I followed my nose to an open field of plants with swoon-worthy flowers, their delicate but provocative fragrance rivaling roses. And for the past few years, I’ve been able to open my back door in early summer and experience the same delicious fragrance I discovered back then.

I planted Asclepias syriaca eight years ago from seeds harvested from the wild. I now have a 20’ x 40’ plot that not only sprouts up every year but has become aggressive, popping up in the middle of my sage and oregano plants and in direct competition with apple mint. But no matter their fragrance, the buzzing bees relishing their nectar, and the gastronomical ways this plant graces the dinner table convinces me every year to forgive them for their enthusiasm. There is, however, a lot of misconception about harvesting milkweed for human use, especially its supposed bitterness and toxicity and that foragers are helping to decimate its population.

Understanding Milkweed and the reaction it attracts

I was very happy to share my milkweed shoots dish, flower wine process, and flower bud capers recipe with online groups. Whoa, the backlash I received was so unexpected! One person scolded, “You’re killing the monarchs!” Another reprimanded me for contributing to the ecological collapse of bee colonies. Yikes! There was no milkweed on my property until I purposely planted it. But I realized their remarks came from a place of concern, and that they most likely had little to no experience with this plant themselves. They were reiterating what they’ve heard, read in an article or book, or information passed down from the internet. I had to do more research.

Common milkweed (Asclepias syriaca) is in the Apocynaceae or dogbane family, many of which are very bitter and downright poisonous. As far as I’ve been able to ascertain, dogbane was so named as far back as the 1600s because dogs were poisoned by eating it. Common milkweed was judged as extremely bitter by Euell Gibbons in his book Stalking the Wild Asparagus, first published in 1962.

He claimed it was so bitter that, “The shoots, leaves, buds, or pods are put into a pot, covered with boiling (sic) water and placed over a high flame. When they have boiled one minute, drain and cover with fresh boiling water and return to the heat. This process is repeated at least three times, then the vegetable is boiled for about ten minutes, seasoned and served.”

Because his book was considered the bible of living off the land, this information has been passed down and around by many sources. I mean, who would want to mistake dogbane for common milkweed and ingest a plant that poisoned dogs? Or, after making a positive ID, who has the time to go through the trouble of boiling a wild plant five times before it becomes palatable? It kept me from attempting to do anything with this plant for many years.

Sam Thayer, an expert and author on wild edible and medicinal plants, had the same problem. You can read his story here which closely mirrors my own and whose title says it all: The Milkweed Phenomenon: You Most Certainly Cannot Believe Everything You Read (wildflowers-and-weeds.com).

My experience with milkweed, as well as Sam Thayer’s own encounter, doesn’t support the warnings of the National Capital Poison Control Center, at least here in the Northeast. Their article on milkweed declares in bold type, “Milkweed Plant Can Cause Serious Poisoning“ and emphatically states, “Eating milkweed, even when cooked or boiled, is not recommended and is potentially very dangerous.”

I can only surmise that anyone who has sensitivity or compromised health issues should be careful ingesting any unfamiliar plant from the wild or supermarket because they may have a hidden allergy or other intolerance. Use Euell Gibbons’ method of several boilings in water at first until you know it’s safe for you and try a tiny bit like I did. It may also be that soil in other parts of the country where A. syriaca grows is responsible for much more of the bitter/toxic uptake in the plant. I haven’t found a definitive reason for either scenario and recommend the reader do their own research.

How to make edible milkweed for butterflies

As stated above, A. syriaca has been used as food for a very long time and has other interesting uses as well. Very cautiously, I tasted a tiny bit of the raw leaf. To my surprise, it was sweet! I reasoned that it may not be that poisonous after all. I dropped a few tender shoots into a small pot of boiling water. It was delicious! No several changes of boiling water needed.

Ellen Zachos, author of Backyard Foraging agrees. “Some people claim it’s bitter; others say it’s downright poisonous. Correctly harvested and prepared, it is neither.” (p.183) I found that this plant is delicious in all four stages of growth and even provides other gifts in the fifth stage, the end of its lifecycle.

The four edible stages of milkweed are as follows:

The fifth stage is no longer edible but produces 2 more useful products: pods with fluffy seeds used in place of kapok for stuffing pillows, mattresses, and even life vests, and the crispy stems encasing fibers that can be made into string or rope.

Last summer, I planned a few similar milkweed projects but two of them included recipes I’ll share with you—milkweed shoot tempura, and milkweed capers. They’re more method than recipe, since it depends on the amount of milkweed shoots and milkweed buds you gather. Harvest just a few if you gather from the wild and leave the rest for pollinators and butterflies.

For the milkweed shoots:

For the milkweed bud capers:

The information in this article is not intended to diagnose, treat, cure, or prevent any disease. Please contact your health practitioner to discuss your own health needs.
Mind Key and The Daily Key are registered Amazon Associates and may earn a commission from qualifying Amazon.com purchases linked to in this article. 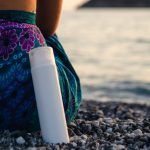 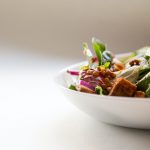 Tips to support gut health and easily boost your mood