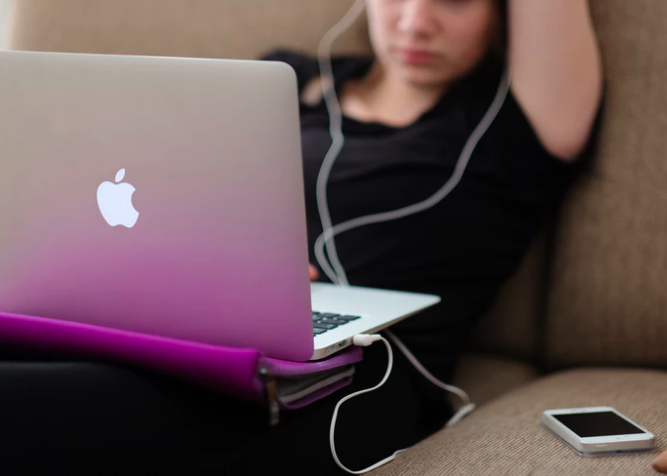 Can humans multitask successfully? To what extent is it efficient? What are our limitations and when is multitasking not the best option, based on these limitations?

The simple definition of multitasking is to complete more than one task at a time. Multitasking, however, is much more than that. It is about getting the most done efficiently and in the least amount of time.

According to this 2017 study, multitasking is only truly considered multitasking when it is done consciously. This means even tasks that you do not want to do can be multitasked. The choice is in whether or not the tasks will be done simultaneously. Choosing to do multiple, different tasks at once means focusing on different subjects or actions at once.

So how do you do this? You must divide your focus. There is much research and literature. Five Teaching and Learning Myths–Debunked written by Adam M. Brown, Althea Need Kaminske and the work done by Human Communication Research shows that the ability to multitask is limited. The top search result of the term “multitasking” indicated multitasking as a myth. However, there may be proof that it is possible within certain limitations.

The best way to multitask successfully

Whenever I choose to multitask, which is often, I prioritize tasks that take up quite a bit of mental focus, like reading or researching, and instead combine simple tasks that don’t require much focus at all, such as grooming my nails while listening to an audiobook or cleaning my house while preparing a meal.

Choosing to focus on multiple tasks at once is possible. But there are considerations. The amount of attention focused on each task is prioritized based on importance, your own cognitive capability, and your desire to save time. Knowing when to multitask is crucial to effective multitasking because choosing two tasks that take up too much mental focus will prove to be difficult to accomplish effectively. I have found through my own trying that my focus cannot be spread too thin.

Combining multiple tasks or projects that require extensive focus or brain power may result in less quality. In turning in two projects simultaneously that needed more attention, one might be well written while the other looks neglected.

Successful multitasking is accomplished by prioritizing which tasks you can focus on, while adequately completing other tasks. This requires an understanding of self, as well as an ability to adjust your plan when you’re not multitasking effectively.

In a longitudinal study conducted at the University of Akron, a link between student satisfaction, mental focus, and velocity (the rate of progess) was found. This means students found satisfaction in completing tasks in ways that saved the most time. This influences an increase in focus to accomplish the multitasking goals.

In the same 2010 study, researchers found that students not only focused on achieving goals but also prioritized maintaining reasonable levels of emotional wellbeing. If multitasking stresses you out because you find you cannot focus on more than one task at a time, this should show you are not able to focus on the tasks at hand simultaneously. The study suggests that the best remedy is to practice goal revision. Instead of trying to watch a documentary while writing a paper, your new goal might be running on a treadmill while either watching the documentary or proofreading your paper.

Choosing your primary focus is essential when you want to multitask successfully and there are several approaches to effective multitasking.

A model used in the 2017 journal article on multitasking done by Psychological Research called the STOM (strategic task overload management) model names five task attributes. These attributes are salience (visual attractiveness), priorities, interest, attribute weights and task difficulty. The model serves as one tool for prioritizing (or not) tasks with the attributes mentioned. For example, if the task difficulty is too high, one might prioritize this task. Even so, one may even avoid doing it because of this attribute.

Another tool discussed in the study is the MADD model, which weighs the consequences and results that might occur after choosing a task to prioritize or place more focus on. Evaluating the possible consequences results in spending less time deciding on a task to prioritize. The simplest method to multitask successfully is to choose a task to focus on based on experience and time invested in the task. The study found that the most beneficial aspect of understanding multitasking as a choice is the ability to then choose what to prioritize. This does not solely mean doing two things at once but it is the prioritization of switching tasks, or shifts in attention to “dual-tasks.”

Give it a shot

The choice to multitask makes it possible to complete multiple tasks at once or in a dedicated time period. Nevertheless, it takes effort and practice. To effectively do this, you need to learn what your limitations and capabilities are and use them to your advantage. Doing this will help you — the mother, business owner or college student — use multitasking as a key to being more successful and efficient.

As someone who has difficulty focusing on one task at a time, I use multitasking as a justification. I also use multitasking as a tool to help me with this issue of focusing. I find that it is easier to work on multiple small tasks at once. This I do, rather than one crucial task that would take a lot of my cognitive capability. For a task that takes up more of my cognitive capability, say reading a philosophical text, I would need more focus. The reason for this is that there are tasks where multitasking is not possible. Mentioning this is important because I use multitasking to get a number of tasks out of the way. Then eventually, I am able to finally get to that crucial task, which will take more time and effort.

It took time to establish my multitasking limits. I still work on which of my senses can spare my mental focus. However, it is very rewarding whenever I can split my focus and thereby be more efficient. I encourage you to practice consciously choosing your tasks, so you can multitask successfully. Find out how you can use this tool to improve your ability to complete more tasks in less time. In consciously multitasking, your time will be more productive. And in the end, you will have more time for you. 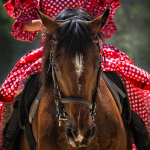 Using your Soft Eyes: Envision the big picture and find your center 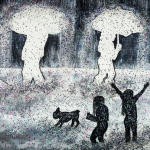 Focus on Relationships: From glass half empty to a full life