Using the energy of the forest to heal

Mind KEY / Energy  / Using the energy of the forest to heal 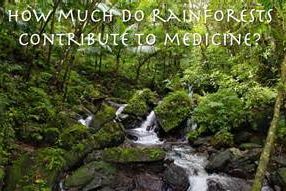 “Our bodies are mirrors of mother nature. Mother nature is the mirror of our inner nature. In that way each of us are our own best doctors.” – Roman Hanis, Medicine Man

Using the energy of the forest to heal

We are well aware that the rain forests, often referred to as Nature’s Medicine Cabinet, contain plants from which medicines are derived.  Some 120 prescription drugs sold worldwide today are known to contain ingredients derived directly from rain forest plants. According to the U.S. National Cancer Institute, more than two-thirds of all medicines found to have cancer-fighting properties come from rain forest plants. Examples abound. Ingredients obtained and synthesized from a now-extinct periwinkle plant found only in Madagascar (until deforestation wiped it out) have increased the chances of survival for children with leukemia from 20 percent to 80 percent. Even the air and smells of the forest have been known to have healing properties, as proven by the popularity and efficacy of a Japanese custom called forest bathing.

When I was a young girl I lived in the last house on a dead end street next to a ball field and large wooded area.  There were no other kids my age in the neighborhood and I would amuse myself by walking in the woods alone any time of year, all hours of the day and sometimes even into the evening.  This would be unheard of today.  My mother said that I would leave early and come home late. When she washed my clothes, bugs and sticks and various yucky things would float to the surface.

Not only did I feel at home in the forest, I felt protected there.  I learned a lot about nature and animals and myself.  Once I cut my hand and was bleeding.  I didn’t want to cut short my wanderings by returning home for a band aid.  I turned instead to what I could find.  There was a plant with long narrow leaves.  I broke off one wrapped it around my hand like a bandage and continued exploring.  The bleeding stopped in a short while and after a few hours I looked at my hand.  Not only had my bleeding stopped, the cut had started to scab.  As young as I was, I knew then that the forest held many remedies. No one told me and I would have to find them for myself.

Nathaniel Whitmore has started a trend called “forest bathing”.  Known as Shinrin-yoku, it was recognized in Japan in 1982 as a way to counter stress and fight degenerative illnesses such as heart disease. It’s like sunbathing.  All you need to do is find a forest or a park with some trees and wander around enjoying “sensory experiences.”   Views of a stream, the sounds of birds, the changing smells, textures and tastes all comprise the experience.  Two-hour sessions are suggested. 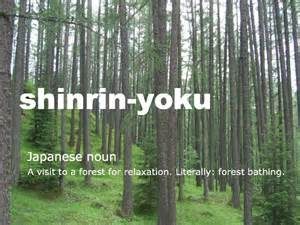 Concrete benefits of forest bathing are still being researched, but a study by Japan’s Nippon Medical School and Chiba University explains that trees emit organic compounds called phytoncides, which may have a profound impact on your immune system markers long after a forest bathing session. More positive effects could include lowering blood pressure and cortisol levels.  When I practiced law, I looked forward to my weekend trail rides in the Ramapo Mountains on my black horse.  I detoxed during those rides in the mountains and returned to work ready for another grueling work week. I knew those all day trail rides on my horse, did both my body and mind good.

For anyone that wishes to follow up on the nature/healing nexus, there is an online course that you can take called Secrets of the Ancient Healers.  Nick Polizzi and Shannon Kring traveled the Americas to bring you indigenous plant medicine traditions, sacred foodstuffs, and herbal remedies that bridge ancient wisdom and the modern world. The course includes a video that tracks eight people afflicted with a variety of serious ailments seeking shamanic cures in the jungles of South America.  Very interesting and with a twist in the end. Hint: 8 people go into the jungle and 7 return.  There is a cookbook and a reference book concerning many herbs and their uses.
My monthly drum circles around an open bonfire are also great for relaxation.  We meditate make a lot of noise, chant and sing.  Good company and the natural surroundings make it an inexpensive foray into Forest Bathing. The list of dates can be found on my website: 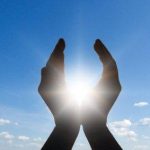 “Our bodies are mirrors of mother nature. Mother nature is the mirror of our inner nature. In that way each of us are our own best doctors.” – Roman Hanis, Medicine Man

Previous
“Our bodies are mirrors of mother nature. Mother nature is the mirror of our inner nature. In that way each of us are our own best doctors.” – Roman Hanis, Medicine Man